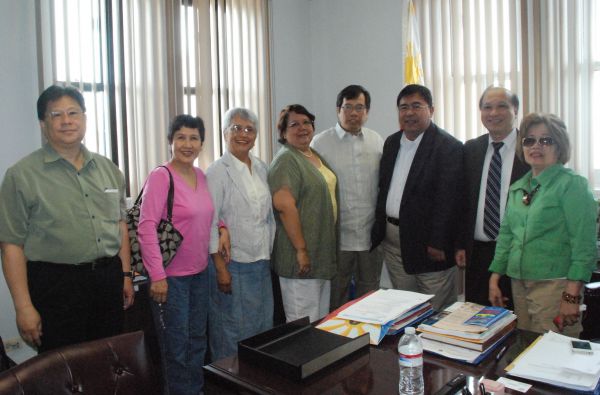 Silliman University President Dr. Ben S. Malayang III (sixth from left) meets with Philippine Consul General to Chicago Leo Herrera-Lim (fifth from left) as part of his itinerary prepared by the Silliman Alumni International (SAI)-Chicago Chapter. Dr. Malayang was with Mrs. Gladys Rio-Malayang (fourth from left) and other members of the SAI-Chicago Chapter, headed by its former president Elsie Sy-Niebar. Chicago was one of the states visited by Dr. Malayang during his official leave, in order to further strengthen the University's links with its alumni across the United States. He is also attending the Tipon 2011 celebration, a biennial gathering of alumni and friends in the US and other parts of the world, in Fairbanks, Alaska in June.

Fellows Take a Break for Group Photo at Writers Village