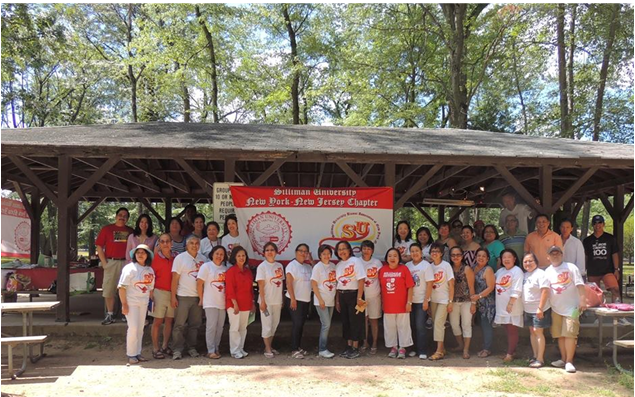 The SUAA NY-NJ chapter was formally organized on July 21, 1974 when an ad hoc council composed of five Silliman alumni met in New York City to spearhead the traditional celebration of Founders Day. This eventually inspired the formation of the chapter. 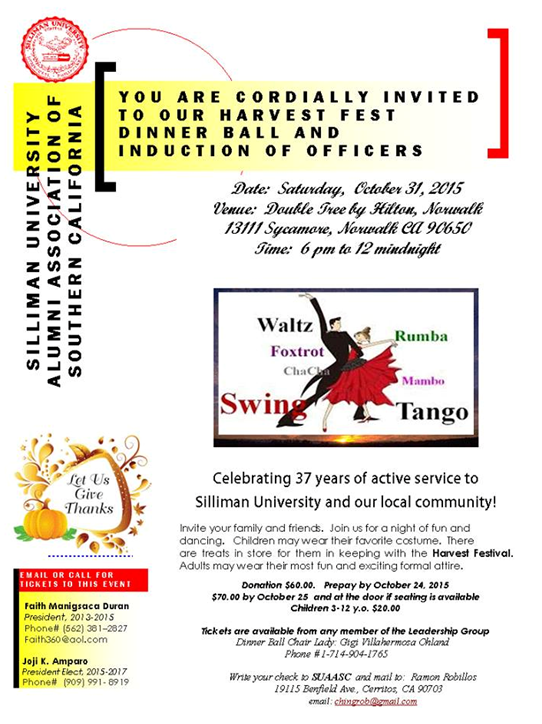 Celebrating 37 years of active service to Silliman University and the community, the Silliman University Alumni Association of Southern California (SUAASC) is inviting Sillimanians and friends to the Harvest Festival Dinner Ball and Induction of newly elected chapter officers on October 31, 6PM to 12MN, at the Double Tree by Hilton, Norwalk 13111 Sycamore, Norwalk CA 90650.

This alumni gathering promises to be fun-filled night, with a live band getting everyone in the groove. Alumni and friends are expected to come in their favorite Marvel superhero costume or Hollywood movie costume.

Alumnus Dr. Leoncio P. Deriada, who received the Outstanding Sillimanian Award in the field of Creative Writing in 2006, was recently awarded by the Cultural Center of the Philippines (CCP) with their highest honors, the Gawad CCP Para sa Sining at CCP’s Tanghalang Nicanor Abelardo last September 17. 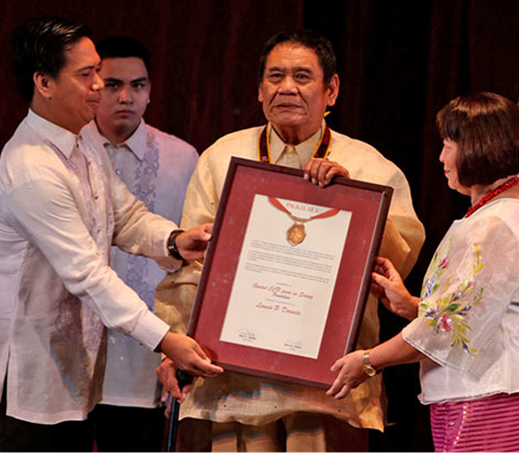 The Gawad CCP Para sa Sining is given every three years to artists who have made a significant contribution to their respective art form. It is also given to organizations and cultural workers who have helped develop and enrich Philippine art and culture.

Dr. Deriada, a Palanca Hall of Famer, is a former faculty member of the English Department at Silliman University. He obtained his Ph.D in English from Silliman.