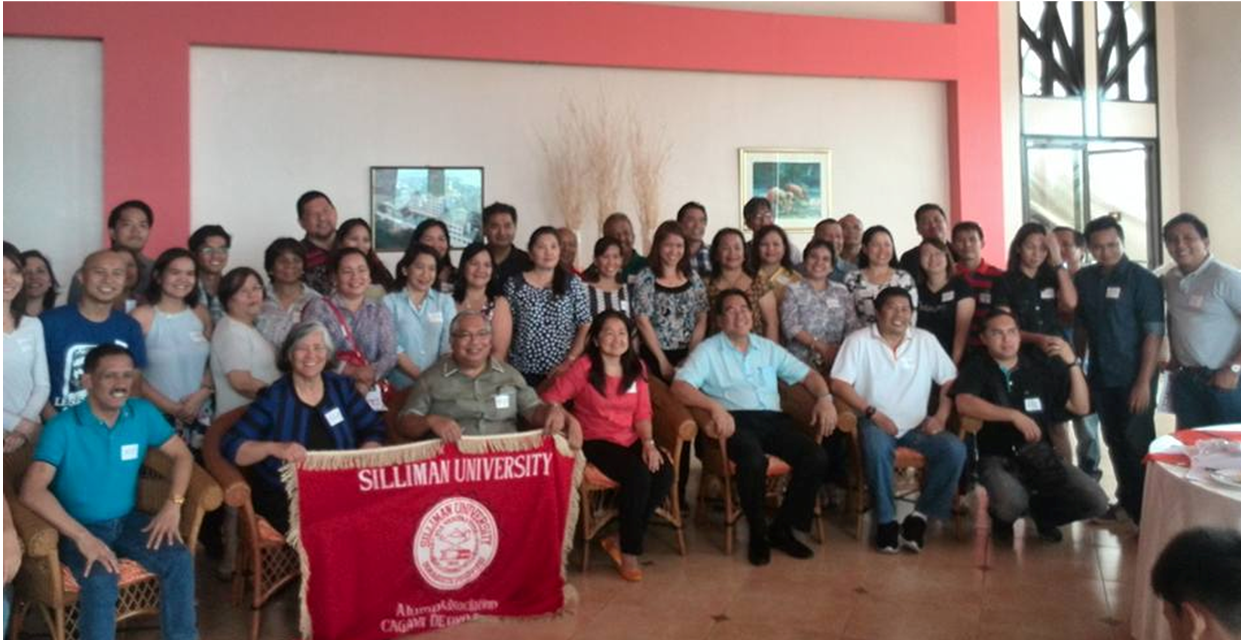 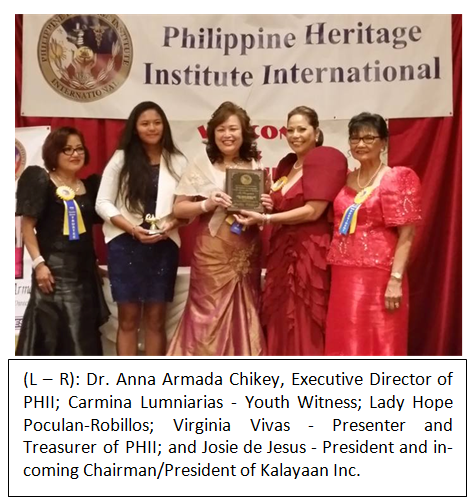 Alumna Lady Hope Poculan-Robillos was recently awarded the President’s Award: Profiles of Service, Pillars of the Community last October 3 by the Philippine Heritage Institute International (PHII) at the Sheraton Cerritos Hotel, Cerritos, California USA. PHII is a private foundation, non-profit organization founded by Naomi Palma-Armada in 1989. Lady Hope has been an outstanding Filipino-American community leader in fund-raising for charity and good causes. She is also the past president of the Silliman University Alumni Association of Southern California. 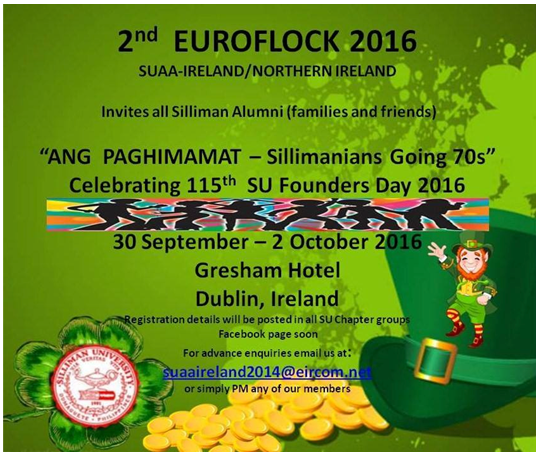 To give alumni all over the world ample time to plan their next vacation, the Silliman University Alumni Association of Ireland and Northern Ireland is inviting all Sillimanians and friends to the 2ndEUROFLOCK 2016 “ANG PAGHIMAMAT – Sillimanians Going 70s” scheduled September 30 to October 2 at Gresham Hotel, Dublin, Ireland.

Euroflock is a convergence of alumni coming from all over Europe to celebrate Silliman University’s Founders Day. The first Euroflock was held in Berlin, Germany last October 3 to 5. For more details, e-mail chapter president Noel A. Jereza at [email protected].

Reminder: The deadline for submission of nominations for the 2016 Outstanding Sillimanian Award is on October 15, 2015. For queries, e-mail [email protected].