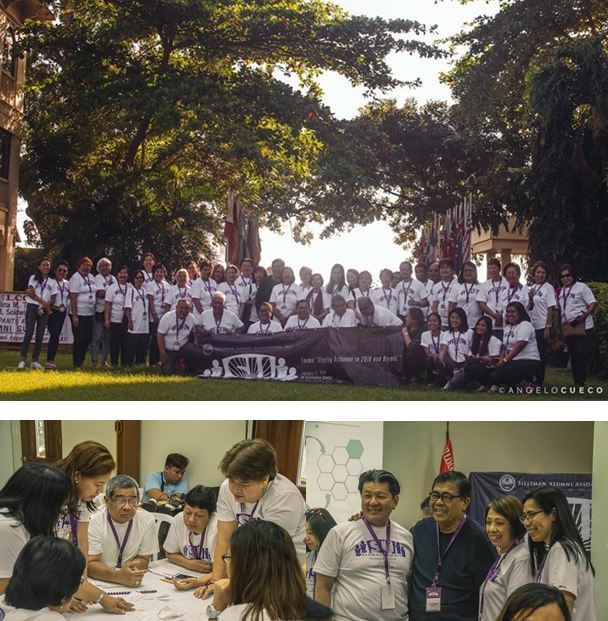 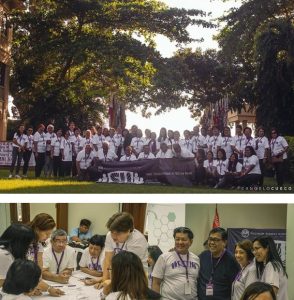 Fifty-seven participants coming from 25 alumni chapters in the country and abroad, attended the three-day Alumni Summit held February 16-18, 2018 at the Silliman University Conference Center, Guy Hall. The summit, initiated by the 50-year-old Silliman Alumni Association Inc. (SAAI), revisited the association’s vision, mission, and goals, by-laws, handbook on chapters, and its institutionalized activities that support the association and activities in the university. Theme for the summit was “SAAI: Sustainability of Its Relevance within the Silliman University Community”. 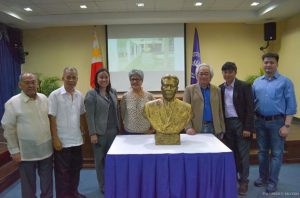 The unveiling and turn-over ceremony of the bust of the late Hon. Cornelio T. Villareal, Sr., a distinguished Sillimanian who was elected Speaker of the House of Representatives in the 5th and 7th Philippine Congress was held February 15, 2018 at the Justice Venancio D. Aldecoa Moot Court. Present during the turnover ceremony were the son of the late Speaker, Atty. Williman L. Villareal, and his grandson, Mr. Miguel Villareal.

Silliman University College of Law Dean, Atty. Sheila Lyn Catacutan Besario, in her words of gratitude and acceptance, said that finally there is now a face we can identify the Villareal Hall with. The Villareal Hall was named after the late Speaker.  Silliman University was close to the heart of the late Speaker who fondly recalled how a Christian minister persuaded and supported him to study in Silliman. When he became Speaker of the House, he played a key role in obtaining most of the funds for the construction in 1963 of what is now known as the Villareal Hall, the home of the College of Law.

The late Speaker Villareal graduated from Silliman University with a degree in Associate in Arts in 1924. He obtained his degree in Bachelor of Laws from the University of the Philippines in 1929. In 1965, Silliman conferred on him a Bachelors of Law degree, honoris causa.

The Villareal Bust donation was made possible through Atty. L Mikhail Lee Maxino’s UP Law classmate, Atty. Ernestine Villareal Fernando. The Bust of Cornelio T. Villareal, Sr., came from the same studio mold of famous sculptor Anastacio Caedo which appears in the halls of Congress at the Batasan Complex in Quezon City.

AIJC Study Pushes for Course in Journalists' Safety in Schools

96 Scholarships Up for Grabs for 4 Certificate Courses