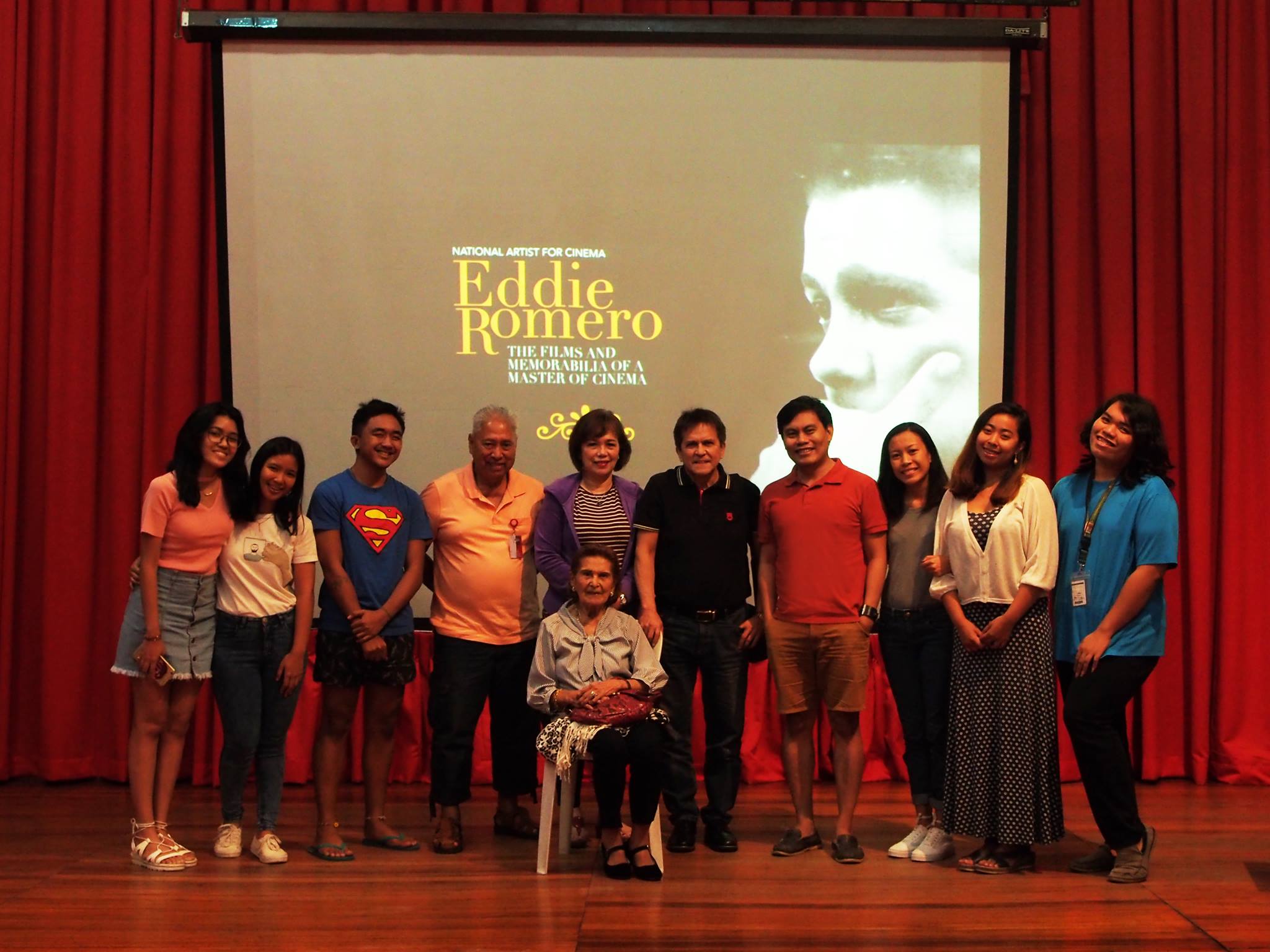 With the family of National Artist Eddie Romero. At the last night of the Eddie Romero Film Retrospective, July 6, at the Audio-Visual Theatre 1, after the screening of The Passionate Strangers (1966), with CAC members Leo Mamicpic and Ian R. Casocot, some film students from the College of Mass Communication, and the Romero family, including the widow of the National Artist, Carolina Gonzales Romero, director Joey Romero, and wife Vivian Romero. (Photo by Gloria Gem Lumayag.)

Slated today, July 7, is the turnover ceremony and exhibition of the memorabilia of the late National Artist for Cinema and Broadcast Arts Mr. Eddie Romero.

The exhibit is part of a series of activities, which included film screening, lined up to honor the late National Artist, who was also an Outstanding Sillimanian in Film. Open to the public, the exhibit is located at the Exhibition Hall, ground floor of the Robert B and Metta J. Silliman Library.