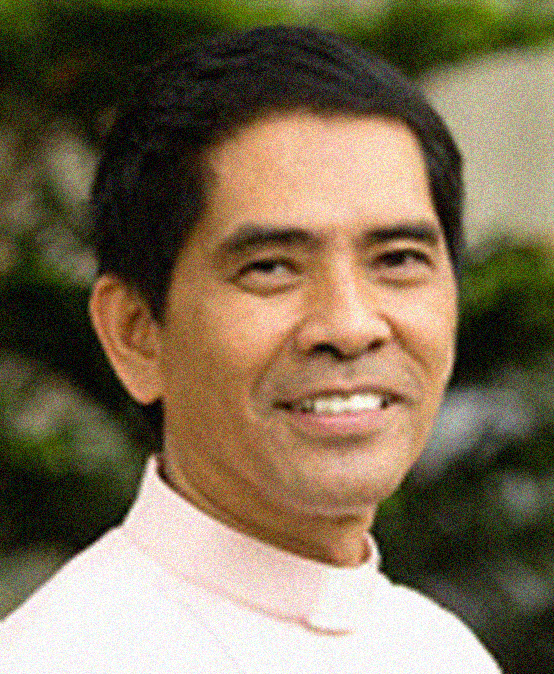 Galatians 5:16-23
Sermon preached at Silliman University Church on the occasion of its 103rd founding anniversary

Maayong buntag mga igsoon. Congratulations on your 103rd church anniversary! I would like to thank your Church Council, led by your chairperson, Prof. Alphita Jaculbe-Enojo, and your senior pastor, the Rev. Dr. Noriel Capulong, for inviting me to be your preacher today.

I’m sure you’ll all agree with me that as far as we’re concerned SU is the best university! Silliman University is undeniably a center of academic excellence. You have produced scholars and professionals respected here and abroad. Be that as it may, it is noteworthy that the Founder’s Day is kicked off with the church’s founding anniversary celebration. This means that the SU Church is leading the way in reflecting on the university’s theme. That is because, in the words of Dr. Capulong, the church is considered as the heart and soul of the university.

This is in line, of course, with your mission statement which, in part, reads, “Provide opportunities for growth and excellence in every dimension of the University life in order to strengthen character, competence and faith.” SU’s mission is to strengthen not just competence, but character and faith, as well. SU’s aim is not just to produce scholars, but scholars who are also saints, people who not only have the head but also the heart.

It’s toward this end, I believe, that your theme and that of the university this year is about the fruit of the Spirit: love, joy, peace, patience, kindness, goodness, faithfulness, humility and self-control.

These are beautiful words. Some of us may have heard sermons on these before. Others may have even memorized Galatians 5:22-23 and can easily rattle off the nine virtues in the list.

But how many of you can honestly say that you manifest ALL these virtues ALL the time? How many of you admit that you DO NOT ALWAYS demonstrate ALL these nine virtues in your life? I don’t! I’m quite sure that’s the predicament of many, if not all, of us. That means today’s sermon is for me and you.

My aim is to set the context for understanding the nine- fold fruit of the Spirit, not to talk about each fruit in detail. You have the whole year to reflect on each of the nine virtues.

The primary issue Paul addressed was “How is a person saved or made right with God?” The secondary issue was “After our conversion to Christ how should we walk? How should we live our life? Similarly, today we ask, “What should undergird ethical Christian behavior in a world that is confused by secular and competing, but relativistic, ethics?” The discussion on the fruit of the Holy Spirit answers the second issue.

Nik Wallenda holds nine Guinness World Records for various acrobatic feats. On June 15, 2012 he attempted to walk on a steel cable suspended over 150 ft. (15 stories high) directly over Niagara Falls. As you know tightrope walking is extremely risky. If a tightrope walker loses his balance, and dips steeply to either his left or right side, he may fall to his death. In a way, we sometimes find ourselves walking the tightrope of Christian ethic.

There are two extreme views or lifestyles which we Christians should avoid falling into as we walk the tightrope of Christian ethic.

Legalism is the “strict, literal, or excessive conformity to a religious or moral code.” It is preoccupation with obeying rules and regulations; it is conceiving of Christianity as being a series of “do’s-and-don’ts”, cold and deadly set of moral principles.” (Merriam-Webster)

One camp in the church in Galatia was made up of those who thought it imperative to adhere to the requirements of Jewish religious laws and ritual, the most significant of which was circumcision. People who belong to that crowd agree that freedom in Christ is all well and good, but that they felt much more secure remaining inside the old prison of a thousand do’s and don’ts. Today’s examples are: Don’t drink, don’t play cards, don’t have body tattoos, Christian men don’t wear earrings, don’t eat crabs, shrimps, lechon, etc.

The laws by themselves don’t enable us to obey them. As you know, in Metro Manila, pedestrians don’t observe the “no jaywalking” sign when crossing the street. Jeepney and tricycle drivers don’t observe the “no loading and unloading” rule. People know that laws but generally obey them only when they know they will be caught and penalized.

Furthermore, trying to be good by our own strength can be frustrating. As a song that became popular years ago says in part: “Gusto kong bumait pero di ko magawa”.
Religious laws are not only powerless to make us good, they also remind us of our own moral frailty. And, they can restrict, stifle, oppress and enslave us.

Thus, Paul reminds us that “Christ has set us free!” (Gal. 5:1) from the yoke of the law.
In our walk, legalism should be avoided.

The opposite extreme is…

The list, of course, is not at all exhaustive. It is merely representative. Definitely, there are other sins not included in the list.

There are those who believe that freedom means license to do whatever you please and accountability to no one. I remember Ernest Hemingway, noted 20th-century novelist, saying that what is good is what you feel good after and what is bad is what you feel bad after. The notion of freedom in our culture is license to do “whatever I want” or to gratify every desire. “As long as I am not hurting anyone,” as they say.

Yet unbridled self-indulgence is rarely harmless to the self or others. As Paul wrote in 1 Corinthians 6:12, “Everything is permissible for me —but not everything is beneficial.”

For instance, those who give in to their greed rob from other people. As Gandhi said, “The world has enough for everyone’s need but not for everyone’s greed.”

Licentiousness can also enslave us. In the words of the apostle Paul to the Galatians,
As for you, my friends, you were called to be free. But do not let this freedom become an excuse for letting your physical desires control you. (Galatians 5:13)
Greed for instance knows no end. Greed is like drinking sea water. The more you drink sea water the more thirsty you become. Those who live lives without any control have in reality become slaves of their own desires. They may have tried to break free from religious and moral restraints but find themselves in the lap of a new master – their own desires.

These, then, are the two extreme lifestyles we are to avoid: legalism and licentiousness.
Is there a balanced path? Praise God there is!
It’s walking by the Spirit. And this, I believe, is what the Church & University will help you through this entire year.

WALKING BY THE SPIRIT

Paul wrote, But I say, walk by the Spirit, and do not gratify the desires of the flesh. (Gal. 5:16, RSV) That’s with reference to licentiousness.

Paul also wrote, But if you are led by the Spirit you are not under the law. (Gal. 5:18, RSV) That’s with reference to legalism.

In both instances in the Greek New Testament text ‘the Spirit’ comes first for emphasis.
In contrast, in both legalism and licentiousness, the Spirit of God is missing in the picture – not even a photo-bomber. Everything is self-effort.

A. A Cluster of Virtues

Paul is not speaking of a series of virtues or qualities that will be shared around so that
one believer has one, another believer has another. Rather, he is referring to a cluster, such that ALL the virtues will be manifested in each believer who is led by and keeps in step with God’s Spirit. In other words, it’s a package deal.

Just like in any fruit-bearing tree, however, not all the fruit may be manifested at the same time. As a Christian continues to walk according to the leading of the Spirit, he or she will gradually and eventually demonstrate all the virtues. As Jesus said “…every branch that bears fruit, He prunes it so that it may bear more fruit.” (John 15:2)

B. The Primacy of Love

Notice that the first virtue in the list is love (agape). Love is listed first maybe because it is the foundation of the other virtues. Paul said, love “is the fulfilment of the law.”

We’re not speaking of love in a roses-and-chocolate sort of way, though in our dry, stressful and competitive world, romance is a cold shower in summer. That’s why movies like “Hello, Love, Goodbye” of Alden and Kathryn sell.

The great theologian Reinhold Niebuhr puts it this way: “Basically love means…being responsible, responsible to our family, toward our civilization, and now by the pressures of history, toward the universe of humankind.”

Augustine defines love as “desiring the utmost good of another.”

Thus, before we say or do something, we can always ask, “Is this the most loving or responsible way to talk or act?”

By the way, what happened to Nik Wallenda when he attempted to cross Niagara Falls on a tightrope? He dipped neither to the left nor right and kept his step on the center and successfully reached the end.

In our walk on the tightrope of our Christian life, we should neither dip toward legalism nor licentiousness. Nor should we rely on our own power to reach the goal of demonstrating Christ-like virtues. In response to God’s grace to us in Jesus, let us yield ourselves to the leading of and walk in step with God’s Spirit. Only then will the harvest of Christ-like virtues be possible.

This is the good news. Happy anniversary!