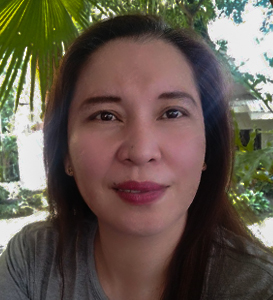 By: Rev. Leny Igot-Jovita
| Minister for Christian Witness and Service

Good morning! Today, we continue with our Lenten journey, and this time we are about to enter Jerusalem, as we celebrate Jesus’ triumphal entry in the city. Such entry of Jesus would have been a victorious one as according to the text, “Most of the crowd spread their garments on the road, and others cut branches from the trees and spread them on the road…as they followed him shouting, ‘Hosanna to the Son of David! Blessed is he who comes in the name of the Lord! Hosanna in the highest!’”

Such was the scene on that first Palm Sunday, where the whole city threw a parade for Jesus. This day marked a time of celebration where Jesus was worshipped and praised. But this could be a bittersweet part in the journey of Jesus Christ because we know that Friday is coming – the cross is coming. We know that many in this same crowd will, within a few short days, exchange their words of praise with words of death. The words of exclamation and praise for Jesus on this day were turned into condemnation! People were shouting Hosanna, Hosanna and then later would shout Crucify him, Crucify him! This part in the account of the passage has always been the focus in every Palm Sunday reflection.

For this morning, I would like to see this passage with different eyes, focusing not on the very event of Jesus’ entry to Jerusalem. Instead, I would like to center our attention on the resources of Jesus’ journey, one of which is the donkey or colt. I believe that the colt has played a very significant role in this event of Jesus’ life. The manner of Jesus’ instruction to his disciples prompted me to give much attention to the colt. What is in the colt that Jesus emphasized as he made it a part of his entrance to the city?

First is the nature of the colt. Jesus instructed his disciples, “Go into the village opposite you, and immediately as you enter it you will find a colt tied, on which no one has ever sat.” Why a colt or a donkey for this journey? Why a donkey that has never been ridden? It is important to know a few things about this donkey that Jesus sent His disciples to go and untie. It was an ordinary donkey and not even a full-grown one. It had never carried anyone; it had never been ridden on before, let alone by a king. This was an insignificant donkey.

Ancient tradition forbids anyone but the King to ride his donkey or colt. Imagine how that donkey must have felt, “I must be someone special!”

Why a donkey for this journey? Jesus had to ride on a donkey to fulfill the prophecy in Zechariah 9:9 saying, ”Rejoice greatly, daughter Zion! Shout, daughter Jerusalem! See, your king comes to you, righteous and victorious, lowly and riding on a donkey, on a colt, the foal of a donkey.” Making his triumphal entry while riding a lowly animal, which is a symbol of peace, Jesus used the donkey to connect with the common people. His choice of a donkey instead of a horse was God’s way of saying that he came as a King who will serve instead of demanding to be served, and to save the oppressed instead of oppressing his own people. Such is an act of humility. Instead of entering the city with full recognition, having been known to the people through his miraculous acts – healing the sick, restoring sight to the blind, making the lame walk and the deaf hear, raising the dead – he preferred to ride on a colt to show both to the Jews and to the Romans that He comes for peace, and not war; that he came for the poor and the lowly and not for royal recognition. It takes humility for the King of kings to do such an act.

Second is the untying of the colt. Jesus’ instruction, “untie it and bring it.” Nobody took notice of the donkey because it was tied. Its potentials were wasting because it was tied and nobody believed that the donkey could be useful, let alone in carrying the King of kings into Jerusalem.

What does this mean to us? We will never know what a person can do, until we give such person the opportunity to express his or her hidden potentials. When Jesus sat upon the donkey, its status changed. We need to untie ourselves from our self-centeredness and be transformed to a Christ-centered life. We need to let go of our selfishness and be selfless, for us to become instruments of Jesus in proclaiming His Gospel, in announcing the coming of His reign of love and justice.

We may have kept ourselves tied up and hooked to our plans according to what and who we think we are. But our background cannot stop God’s plan for our life. We are a product of divine selection. Our season of being tied – to our own self-centered ways, to our old habits, assumptions and beliefs are – are over. We have to be untied and let go, so that Jesus can more fully take charge of our lives.

Third is Jesus’ instruction on a response to the owners: “the Lord has need of it.” So why would the owners part with their investment on the animal to complete strangers – the disciples? The only reasonable explanation is the response as instructed by Jesus, “The Lord needs it.” This statement actually has given the donkey’s significance. And this one reality, this one fact, changed the significance of the donkey. This suddenly made it a very important and special donkey. Not that there was anything special in its own ability, but in the fact that the Lord intended to use this donkey to bring glory to Himself.

There are moments in our lives when the Lord needs us without any reason at all. We want to evade…we want to refuse…we want to hide. But when the Lord says it, who are we to refuse? People may have written us off because of our present status, because of our being who we are, but we can see God locating us in the remotest place where we are hiding and bringing us to a place of prominence. Our status can now change because God has remembered us.

Another interesting thing about the donkey is that Jesus knew exactly where the donkey was. It was not a guess that there might be a donkey. Jesus knew that in this precise location, a donkey was waiting. He sent His disciples to that exact place, to pick up that exact donkey. It was waiting for Him.

You see, no matter how much effort we make to hide from God we take, when God needs us. He will surely find us. We may have been on God’s waiting list and He is visiting us with His blessings at our exact location. We may feel unrecognized and unwanted at the moment, but let us wait on God’s work; we may be on the waiting list and eventually God shall lift us up from the dunghill.

It takes a donkey to enable Jesus to enter the city of Jerusalem. This gives us a lesson from a donkey, as we also join Jesus’ entry to Jerusalem.

First, we need to be humble to ride on a donkey instead of thinking of riding a high spirited war steed or prancing white stallion, expressive of nothing but our own craving for power and privilege instead of becoming a humble servant of the people just like our Lord.

Second, we need to untie ourselves from the cares and burdens of this world. We need to sacrifice or let go of whatever is holding and keeping us and be open to the opportunities God has in store for us.

Finally, we need to willingly obey and respond when the Lord needs us. Through the ages there have been those who were delighted to serve a meaningful though menial role in God’s kingdom. God has always known those of us who delight to be the equivalent of God’s donkey, that is, the means by which God achieves His purpose. When God needs a donkey, a resource in his church, we would all be proud to respond to God’s call and be likened to the beast of burden that bore Jesus into Jerusalem that day.

Just as the donkey was called by the Master to exalt it, so we have been called out of the darkness and given a new significance as chosen, royal, holy people belonging to God for the purpose of exalting Christ (1 Peter 2:9). God is independently God; He does not seek counsel from anybody before He does a thing. God does not look for the qualified, but seeks for the unqualified to qualify them.

I came across this conversation of two donkeys…

Two donkeys were walking in Jerusalem, when one donkey said to the other, “Just yesterday, I was here carrying Jesus and the people were singing and shouting and throwing down their clothes for me to walk on, and today, they don’t even recognize me.” The other donkey replied, “That’s how it is my friend, without Jesus you are nothing!”

The donkey woke up to an ordinary morning, but that day, his destiny was fulfilled. That day, it exalted Jesus Christ among the people. We must be careful that when God uses us to accomplish great things, it does not become a source of our pride. We should not eat God’s Hosanna because hosanna belongs to God. We must say like John the Baptist, “He must become greater; I must become less.” (John 3:30). Amen.