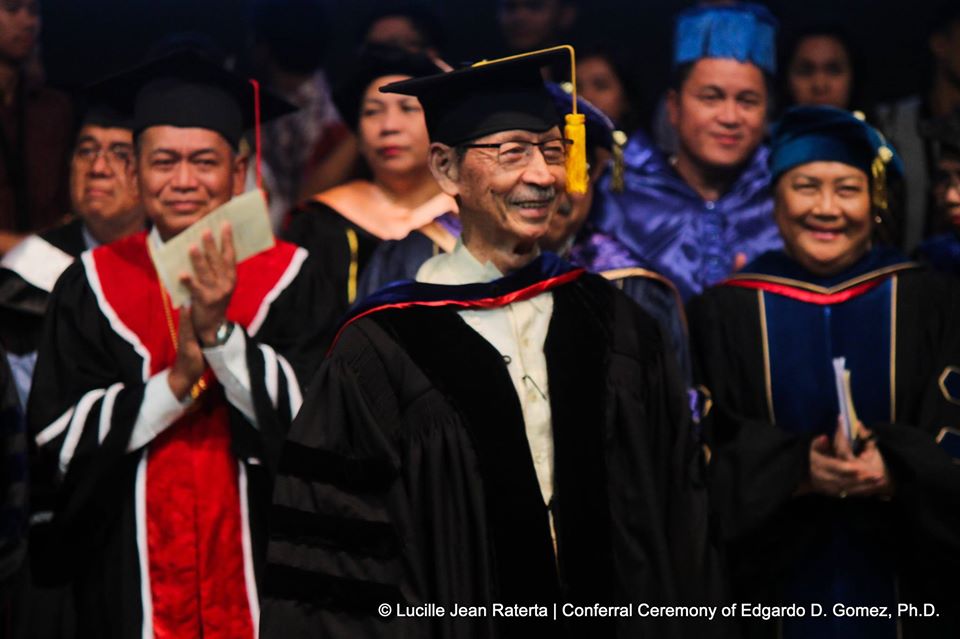 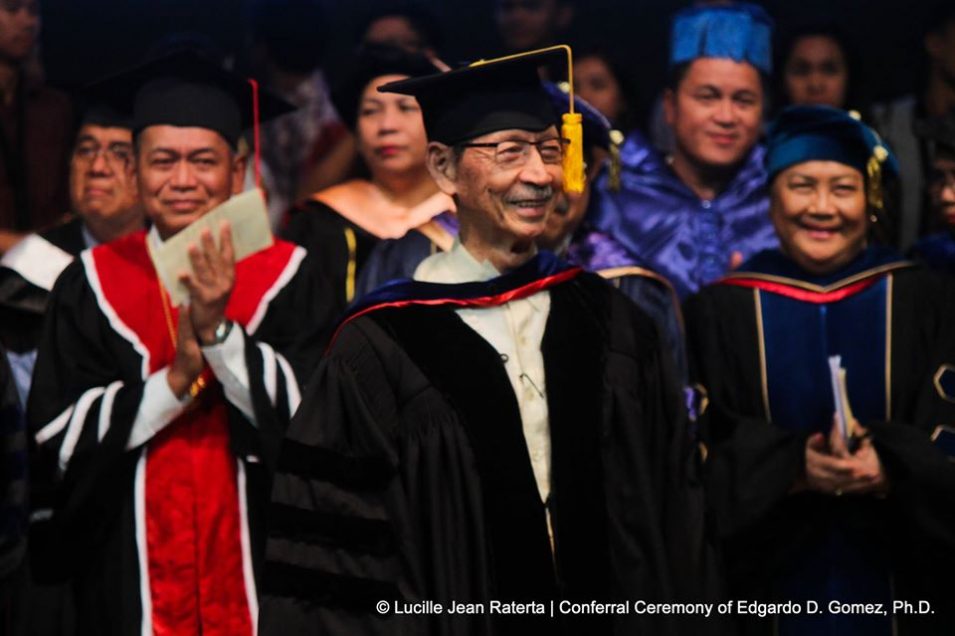 National Scientist Edgardo D. Gomez, a Doctor of Science, honoris causa recipient of Silliman University (SU), has passed away on December 1, 2019 at the age of 81.

Gomez was known for his contributions in the field of marine science as a researcher, conservationist, and educator, such as his pioneering work on coral reefs and reef rehabilitation.

Gomez served as the founding director of the University of the Philippines Marine Science Institute (UP-MSI), one of SU’s partner institutions, for nearly 25 years since its establishment in 1974.

With his commitment to marine conservation and research, he facilitated research collaborations among institutions and academics in the Philippines and abroad; supported development work and policy formulation in the country through science; and helped shape UP-MSI to be an internationally renowned research and teaching institution in marine science.

In the 1970s, Gomez led a project to study the coral resources of the Philippines, which was the world’s first nationwide survey and assessment of a coral reef system. The project strengthened the foundation of research, management, and conservation of Philippine coral reefs.

“(The project) came about because in the early 70s, Chinese [fishermen] were poaching our precious coral in the Babuyan Islands and the government needed to know something about our coral resources,” said Gomez in his acceptance speech during the conferral ceremony of his honorary doctorate at SU.

The project influenced other countries to conduct national assessments of coral reefs, which resulted in global initiatives for coral reef conservation such as the Global Coral Reef Monitoring Network.

Through the project, Gomez started working with Sillimanian National Scientist Dr. Angel C. Alcala, who was invited by Gomez to lead the surveying team in the Western Visayas and Northern Mindanao areas.

Gomez and Alcala’s collaborative work on coral reef biology and ecology initiated the partnership between SU and UP-MSI in marine science research. 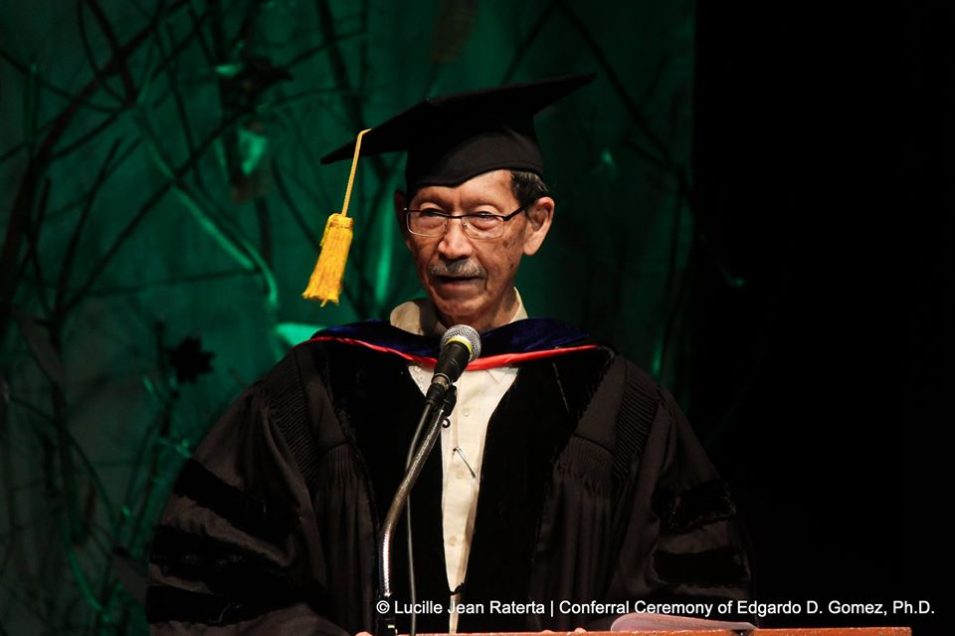 He acknowledged in his acceptance speech at SU the collaborative effort of institutions and individuals in the success of the giant clam program, including SU. Today, UP-MSI’s marine laboratory in Bolinao, Pangasinan breeds and cultures Tridacna gigas to help restock its population in Philippine waters as well as in other countries.

More recently, Gomez was one of the scientists who shed light on the environmental damage brought by China’s reclamation activities in the West Philippines Sea through a study he presented in 2017 with the Bureau of Fisheries and Aquatic Resources.

In his acceptance speech, Gomez also emphasized how Filipino scientists can be “world-class”; the value of collaboration, such as that of his work with Alcala and the work between UP-MSI and SU; and the importance of “values and talents” as facets of success.

Among Gomez’s other awards and distinctions include: Academician of the National Academy of Science and Technology; Presidential Lingkod Bayan (Service to the Nation) Award from the Civil Service Commission; Likas Yaman Award from the Department of Environment and Natural Resources; and recognition in the Global 500 Roll of Honour from the United Nations Environment Programme.