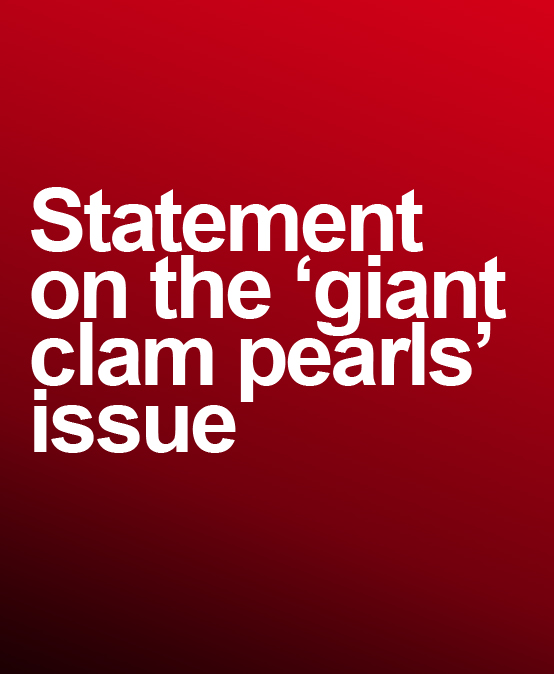 The marine biologists who concluded that Carlos Gayola’s giant “pearl” was part of the shell used scientific rigor and their extensive scientific knowledge to come to that conclusion. Dr. Hilconida Calumpong, Director of the Silliman University Institute of Environmental and Marine Sciences, has extensive experience in the culture of giant clams. Dr. Janet Estacion, IEMS faculty member, is a clam expert who studied the histopathology of Tridacna gigas as her PhD dissertation at James Cook University in Australia.

In examining the specimen, Dr. Calumpong and Dr. Estacion used their expert knowledge and wealth of experience. In her statement Dr. Calumpong said they found several indicators that the material they inspected was part of a giant clam shell and not the result of the process by which true pearls are formed. These indicators are consistent with published work[1] that distinguishes true pearls from fake pearls made from giant clam shells:

In 2016 experts who were asked to examine the so-called “giant clam pearls” of Puerto Princesa  (Kapuso Mo Jessica Soho https://www.youtube.cohe m/watch?v=P-565_5jcAI&t=306s ) also gave differing opinions as to its authenticity based on indicators that they used.

Differences in evidence-based opinion such as these are not unusual in the science sector. In fact, it is the plurality of approaches and ideas in science that has made human progress possible through the centuries.

CELTA to hold seminar on the art of questioning