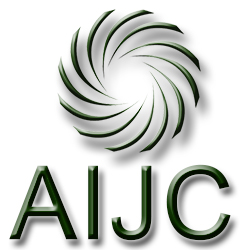 Violent attacks continue to plague Philippine journalists and the crimes go unpunished because government protection mechanisms are ineffective and the legal system is dysfunctional, according to a 2017 report by the Asian Institute of Journalism and Communication in Manila.

The report said, “Philippines ranked third deadliest country for journalists, after Iraq and Syria, based on killings since 1992,”even though the Philippines  was “enjoying peaceful democracy rather than being technically at war.”

The report is part of a seven-country study by the non-profit organization International Media Support (IMS), in partnership with the International Federation of Journalists (IFJ). It is funded by the Danish Ministry of Foreign Affairs under the project, “Promoting the UN Plan of Action on Safety of Journalists and the Issue of Impunity.”

The studies are published in a book entitled, Defending Journalism, released by IMS in October 2017. It is accessible online.

The Philippine report cited figures from the Center for Media Freedom and Responsibility (CMFR), which recorded “151 cases of journalists being killed in connection with their work in the Philippines from 1986 to 2016,” including the 2009 Ampatuan Massacre in which 58 people were slaughtered, 32 of them journalists.

In another report, the National Union of Journalists of the Philippines (NUJP) “recorded 172 murders of journalists for the same period, which includes killings that may not be work-related.”

The report said perpetrators of violence against journalists are rarely prosecuted. As of November 2016, there were only 17 convictions for murders, but justice was not fully served because not a single mastermind of the crimes was prosecuted.

“The government reported simiIar findings. In a September 2014 report to the UNESCO Director-General, citing data from the Department of Justice, the Philippine Permanent Delegation to UNESCO reported that in 55 cases considered as media killings from 2003 to 2014, only 10 resulted in the convictions of the perpetrators.”

The report blamed the slow and dysfunctional justice system for the unsolved crimes.  “Legal remedies have in practice done little to dislodge the culture of impunity. Justice procedures in the Philippines advance at an extremely slow pace. A human rights lawyer for the Ampatuan victims estimated that it could take 55,000 years to try all the cases in court.”

The report also quoted Jose Manuel Diokno, dean of the De La Salle University College of Law in Manila, who attributed high impunity rates to “shoddy police work, ineffective police investigation and weak prosecution, as well as to congested court dockets and a lack of judges and prosecutors.”

Over the past decade, Philippine presidents, in response to outcry against journalist killings, have created five task forces to monitor the crimes, help arrest the suspects involved, and assist in prosecution. These bodies count as members, high-level government officials working with the police and non-government organizations.

“In practice, however, these bodies have disappointed press freedom advocates, who criticize them for their lack of independence and credibility, the low-level participation by non-government organizations and the lack of political will to go beyond the perfunctory creation of a committee or task force.”

If journalists are not being killed, they are threatened with multi-million libel cases (a criminal offense in the Philippines) or with harm–many of the threats being delivered online. To cite three cases:

July 29, 2016 – the Philippine Center for Investigative Journalism website and blog were hacked after the publication of its reports on the war on drugs and its Know Your Rights series.

September 2016 – Two female journalists from the CMFR received online threats of rape and harm to their families after they were accused of sharing information with a  foreign reporter on Duterte’s war on drugs;  another for reporting on the anti-drug campaign and the clashes between the Armed Forces of the Philippines and the Abu Sayyaf Group.

December 8, 2016 – the Facebook page of Reuters correspondent Manny Mogato was hacked. His cover photograph was changed, and the words “Duterte is my President” were written across it.

This impunity is happening amidst a vibrant Philippine press. “Despite the risks, the media landscape is well populated and typically not subject to government interference,” the report said.

“The national association of newspapers Philippine Press Institute registered 67 members in 2016; six are national dailies based in Manila, and the rest are community newspapers.”