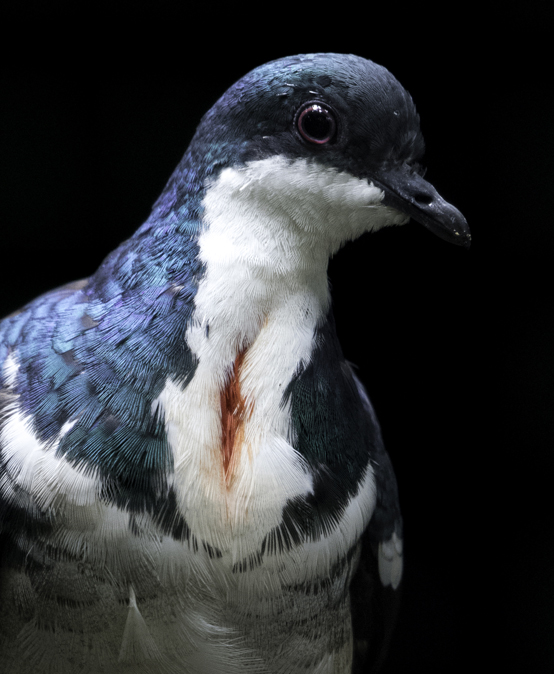 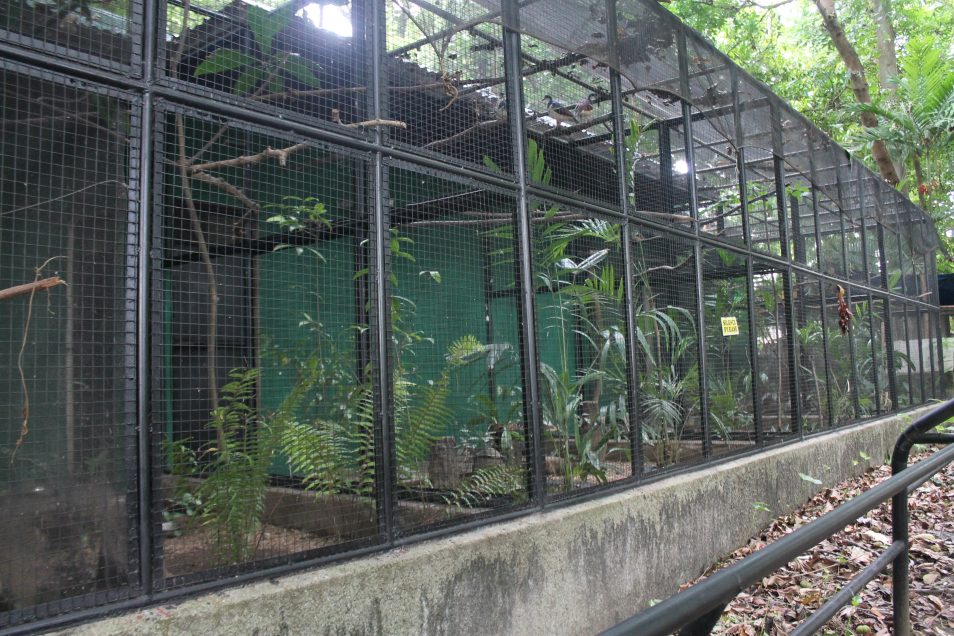 Jocelyn Elise B. Inocencio, CENTROP researcher, said completed repairs and renovations include: repainting and replacement of old and damaged screens, frames, and visitor handrails; addition of plants and wood chips; and purchase of materials for the separation of the breeding area for the Negros Bleeding-heart Pigeon.

“We, in behalf of the Bristol Zoological Society, have observed that the Negros Bleeding-heart dove’s enclosure was in need of refurbishment in spring 2018. We are happy to see that some aspects of the aviary have received some maintenance work (such as painting of the cage) thanks to our donation,” said Dr. Daphne Kerhoas, lecturer in Conservation Science and co-lead of Bristol Zoological Society’s Philippines Field Project.

The Bristol Zoological Society, a UK-based conservation and education charity active in conservation science research, have done various conservation efforts to protect species and habitats, encourage sustainable behavior, perceptions and education, including working with communities in the Philippines to save the critically endangered Negros Bleeding-Heart Pigeon.

In October 2014, SU and the Bristol Zoological Society signed a Memorandum of Understanding to establish partnership on collaborative conservation, educational, research and development efforts at the CENTROP.

“The conservation of endemic species is a huge endeavor and requires the capacity and support of multiple stakeholders. Silliman is grateful to have partners like the Bristol Zoological Society, which helped CENTROP’s efforts to conserve and manage our threatened and endemic fauna,” said Dr. Nadia P. Abesamis, Biology Department chairperson.

As the research arm of the Biology Department, CENTROP conducts a breeding program for endemic animals in captivity such as the Negros Bleeding-Heart Pigeon, the Visayan Warty Pig, and the Visayan Spotted Deer. 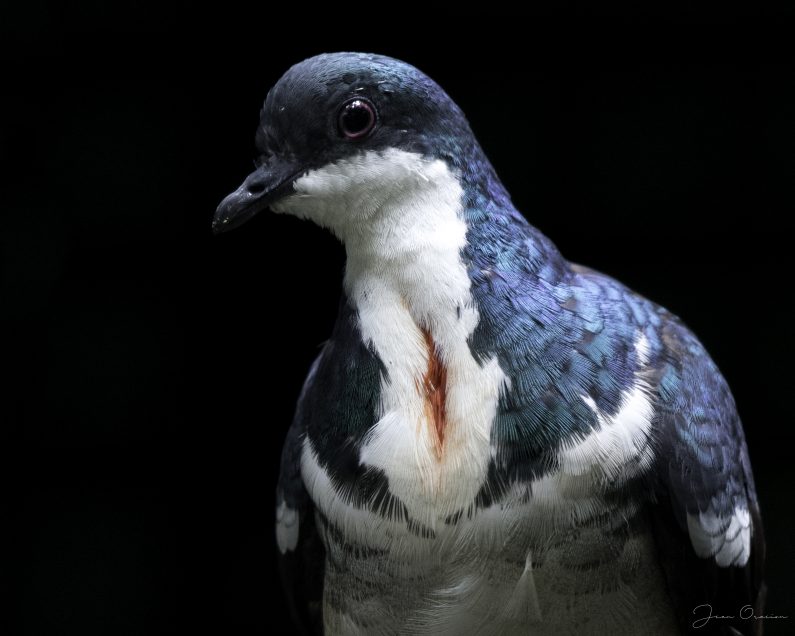 The Negros Bleeding-Heart Pigeon (Gallicolumba keayi) is a critically endangered species with populations in the wild estimated at less than 300 mature individuals. A total of 27 individuals are currently held at the A.Y. Reyes Botanical and Zoological Garden. (Photo by Jean Oracion)

The Negros Bleeding-Heart Pigeon (Gallicolumba keayi) is a critically endangered species with populations in the wild estimated at less than 300 mature individuals. One of five bleeding-heart pigeons endemic to the country, the Negros Bleeding-Heart is only found in the islands of Negros and Panay. It is highly threatened due to hunting and habitat destruction. CENTROP bred the species for the first time in captivity in 2007. A total of 27 individuals are currently held at the A.Y. Reyes Botanical and Zoological Garden.

“CENTROP is grateful for this contribution. We hope that this will be the start of a fruitful partnership towards the survival of this species,” said Asst. Prof. Michael Lawton Alcala, CENTROP coordinator.

As part of SU and Bristol Zoological Society’s continuing partnership for the survival of the threatened fauna of the Philippines, Inocencio said the Bristol Zoological Society has pledged to send an animal keeper who will be assigned at CENTROP for 2 months. The animal keeper, who is expected to arrive within this year, will give trainings on captive breeding management and techniques to CENTROP staff, Biology Department faculty and students.