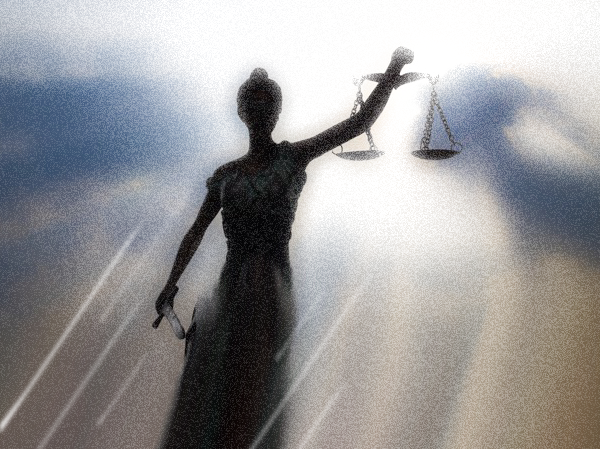 “The Law is a jealous mistress and requires a long and constant courtship. It is not to be won by trifling favors, but by a lavish homage. ” (Justice Joseph Story, US Supreme Court, 1829)

Efren patiently waited for the puyo  to bite. On this lazy November afternoon, he was fishing by a small abandoned pond a few meters behind his rented bamboo and nipa home. He and Nene were expecting their firstborn anytime soon, and he wanted to be away by himself awhile to gather his thoughts.

Much had been on his mind lately. He and Nene, high school sweethearts,  had  been  married  for barely  a year.  He  had  also  recently graduated from law school and was waiting for the results of the Philippine Bar.

It was his life’s ambition to become a lawyer, but the road to his dream was not  an easy one. It was tough enough studying the law, memorizing the Codigo Civil, the Codigo Penal, the 1935 Constitution and the myriad other laws filled with confusing legalese. Then there also were the hundreds of cases to write digests and recite before the Law School’s Spanish Inquisitors passing off as law professors, scholars and academics.

Early in his pursuit of a legal career, Efren grappled with the reality of the Law being a “jealous mistress”. Too often his law studies took a toll on his relationship with Nene. On not a few occasions, this became a source of bitter marital quarrels as Efren’s often being an absentee husband in the home led to jealous, unreasonable fits about infidelity with another woman; about maintaining a secret mistress.

Indeed, Efren had a mistress, but not of the warm-blooded type. His mistress was the Law, and those who swear fealty to her grandeur and majesty are often consumed by her demands sometimes to their self – destruction, often to finding themselves lost by the wayside. For the Law, in upholding Justice, is not only blind to partiality or bias, but is harsh to the extreme in upholding that which is right and ought to be among men of peace and goodwill. She brooks no other devotion.

The pressure to succeed and the competition in the classroom often led many a student to drink for catharthic release. Even then, many did not survive the rigors of pursuing a law degree.

Still, men of passion and direction such as Efren, will joust the windmills of chance to realize their holy grail of the Lawyer’s Cause. To Efren, becoming a lawyer was a non-negotiable Life Proposition.

In Efren’s case, two handicaps were added. He married young which entailed all the responsibilities and sometimes distractions which married life brings. And, to support his young family, he had to work.

He and Nene were both employed in a local educational institution, where he was an assistant librarian of the Law Department’s Library, and Nene was Secretary of the College of Education.

Working, of course, took away precious time from getting ready to take the toughest of national examinations in the Philippines.

Efren’s immediate thoughts centered on his personal fears and apprehensions about passing the Bar. He didn’t get to join a formal review course in Manila, like the rest of his classmates. He couldn’t afford it, and he could not leave a pregnant young wife alone in Dumaguete. He also had little time for self-study, as he was already working.

The dread of failure crept in and he felt a paralyzing grip of fear as he considered a bleak future.

Then his thoughts wandered to his young family. How would he  feed them if he didn’t make it? Efren desperately needed to become a lawyer on his first try.

A man of new-found faith, Efren was greatly influenced by the American missionaries at the school where he studied. Somehow, this faith drew him away from darker forebodings, and he continued to daydream with more positive thoughts.

If he became a lawyer,  would he apprentice with the more established abogados de campanilla in town,  or would he venture to open up  a  law office on his  own? These concerns swirled around his brain as they built up mixed feelings of uncertainty, apprehension, and positive excitement

Efren was the youngest of five siblings, two sons and three daughters. He was born to a family with a modest social  standing. His father, a minor government  official, was well liked and respected in the community.

Tracing his roots to a town  called Tuburan in Cebu, his ancestor  was  supposedly some local hero whose   statue stands on the village square. His   great-grandfather had migrated to Negros with a government appointment as the Provincial Auditor. This is how his branch of the family located and settled in Negros.

He grew up with the duwendes and the  inmates at the Provincial carcél where his father was the warden. Late at night, while still a boy, he would hear marbles rolling and scuffling on the floor above his bedroom as if a group of children were playing. He attributed this to the duwendes guarding the carcél and protecting its inhabitants at night. Among Efren’s early childhood friends were the inmates, waiting for their cases to be heard by the courts. The ever curious and precocious Efren listened to the life stories of his more jaded and older friends.

Perhaps, this was what drew him to the Law – the intricate way in which the balance of justice was administered matched against the dynamic of flesh and blood  stories of human interest. In interacting with his friends, he developed a genuine empathy for the poor   and their disadvantaged situations.

Also   drawing from his aptitude for  investigating the human condition of his days, he developed his creative gift for telling stories and putting them on pen and ink.

Efren’s ruminations shifted to thoughts on Tio Angie, his would be part-time employer, whose truck “Rodel” Efren drove on weekends and holidays to carry a sundry of loads from bodegas in town to Tio Angie’s store in Sibulan. His arrangement with Tio Angie, his father’s cousin twice removed, was pretty good. He would get P500 for each trip he made. The coming long weekend meant making a maximum of six trips translating into earnings of P3,000 for him and Nene. With the coming of the baby in December, they needed to save all they could.

Suddenly, a strong tug on his fishing pole snapped Efren out of his half-dazed reverie. From the pull at the other end of the line, it seemed that he had either snagged a mature puyo or an even bigger haluan, the muddy fish with long whiskers!

Adrenalines pumping, Efren devoted himself to facing the challenge from his underwater adversary in the lily-covered pond. This was a tough one! Perhaps, a wizened victor of a previous unsuccessful struggle against a disappointed pond fisher.

As Efren exercised his skills in this ritual dance of wills, alternately jerking hard then leaving the line some slack to keep the fish guessing and confused, large beads of sweat formed rivulets which streamed down from the crown of his head through his face and forehead and down the ravines on his chest and lower back, soaking the pelvic region of his lower torso. The excitement generated by this fandango heightened Efren’s blood pressure to a level of alarm spiced with satisfaction and enjoyment.

Suddenly, interrupting Efren in his preoccupation with the fish, he heard someone calling out to him from the direction of the bamboo and nipa house they were renting from Nang Pandang. It was Picto, their all-around effeminate house boy. “Manong, Nang Nene wants you home right away!”

The urgency of Picto’s tone worried Efren. Was the baby due? Was anything wrong? A surge of panic overcame him, and Efren flew from the pond to the house, the unconquered fish now a forgotten memory.

As he raced up the creaky bamboo stairs, two steps at a time, he rushed through the front door to find Nene sitting on a chair in the sala, looking all serene like an angel.

“What’s wrong? What happened?” Efren breathlessly asked her. “No thing’s wrong.” She replied. “Then why did ask for me to rush home?”

Silence overwhelmed the little rented house. Then, with a proud smile on her face, Nene said, “You passed the Bar!”