In celebration of Pride Month, a panel of Silliman faculty members held a talk at the Robert B. and Metta J. Silliman Library last June 29 on issues concerning the lesbian, gay, bisexual, and transgender (LGBT) community. 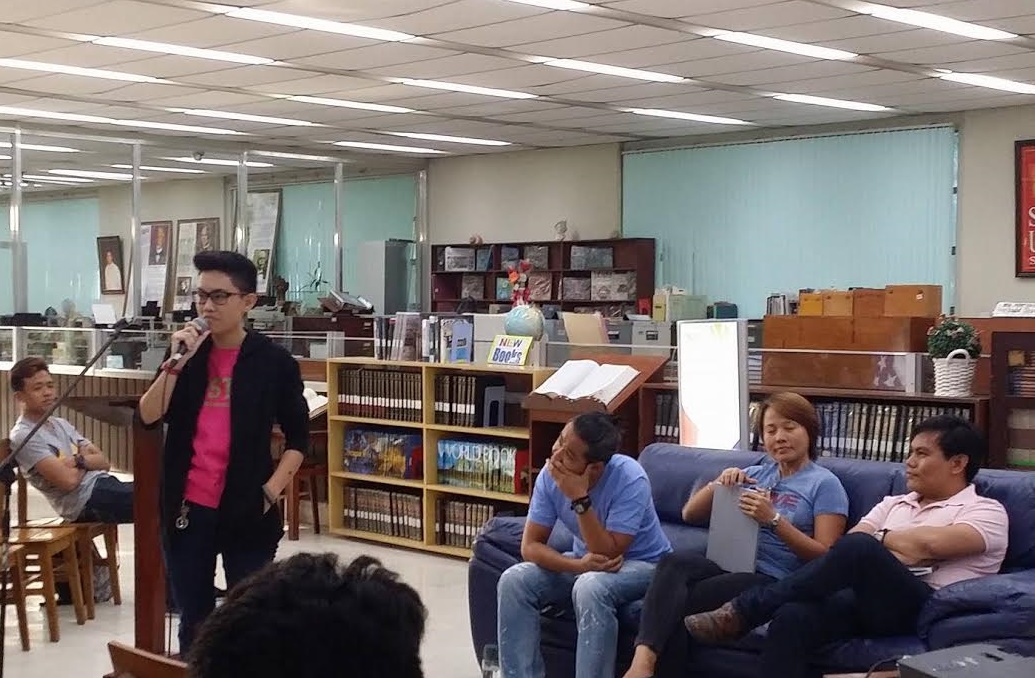 In his talk, Asst. Prof. Casocot pointed out that in the past, gay people have been depicted in a very negative way in media. It is only recently, he said, that gay people have portrayed more positively or at least in a more complex way, rather than the usual villain-like image used in the past.

Dr. Valbuena, meanwhile, emphasized that sex, gender, and gender identity are different and that one should not confuse one word for the other. Sex, she said, connotes physical attributes; gender to attitudes and values assigned to a person by the society he or she lives in; and gender identity to how an individual identifies with his or her gender.

On the other hand, Ms Maxino talked about being young and gay at the same time. She shared her experiences of coming out and how her peers and friends reacted to it. She also gave a few pieces of advice for those who plan to come out: “Make sure you’re ready, and it’s the right time.”

Organized by the American Studies Resource Center, the panel discussion was part of a series of activities that celebrated Pride Month, a year after the United States legalized same-sex marriage in all of its 50 states.