Creating a Space for Grace in the New Year 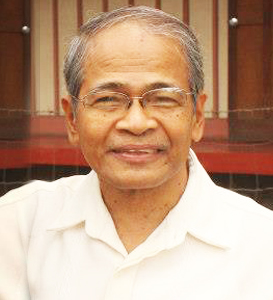 Creating a Space for Grace in the New Year

Today is Epiphany Sunday on the Christian Calendar. Epiphany simply means appearance. The Gospel of Matthew reports the story of the wise men’s journey following the star that “appeared” to lead them to the newborn Jesus. The “appearing” of the star, which led the Wise Men to witness the “Human Appearance” of God — that is, His coming into the world in human flesh — is remembered each year as Epiphany Sunday.

More simply, we can say that according to the Scripture, God showed up in a most concrete way, and made Himself present in the person of Jesus of Nazareth. But there is something very interesting here. And this may be considered part 2 of the New Year’s Eve sermon I delivered last Monday evening, about the former things and the new thing that God will be doing and is now doing.  We can say that in this story of the Wise Men visiting the baby Jesus, another new thing is revealed by God to His people. God appears to us in another new way.

No, God now is using as a means a most unlikely instrument in the person of the wise men from the East to show the way where the source of salvation is to be found. Here is the point of the story of the wise men who came to visit the baby Jesus lying in a manger in Bethlehem. Foreigners or Gentiles actually are completely outside of the covenant coverage of Israel and are not entitled to its benefits. But they are now among those to whom the good news of this radical new act of God is to be revealed so that they can become agents of God’s salvation act.

This is quite contrary to the Jewish tradition even in Jesus’ day. You see, the Jewish scholars interpreted the laws and benefits of this covenant relationship as exclusive only for the Jews, the chosen people of God. And to be regarded as an unwanted foreigner or Gentile is something I myself have experienced.

During my first visit to Jerusalem as a graduate student then, I and my fellow seminarian students from various countries had a chance to visit different synagogues in Jerusalem. The first synagogue we visited belonged to a rather conservative type of Jews. When we entered their gate going to their synagogue there were a number of young Jewish children playing on the grounds. When the kids spotted us approaching them they shouted, “Goyim, Goyim!” – translated as foreigners, strangers, or Gentiles. Their parents immediately came out of the synagogue and pulled their kids away from us as if we were people with some contagious disease and they, without any word, turned their backs on us as they went back inside and shut the door. We were left alone by ourselves at the outside; nobody ever talked to us.

The next synagogue we entered belonged to the Reformed or a more liberal type of Jews. Unlike in the first, here we were welcomed and ushered inside their huge synagogue. Then in the course of their worship service, the rabbi stood up and acknowledged our presence as visitors, guests from all over the world, who have come to learn also about the word of the Lord being proclaimed. Then he said, “This is the fulfillment of the prophesy of the prophet Isaiah, that nations shall come to the house of the Lord, for from Zion shall come forth instruction and from Jerusalem, the word of the Lord.”  Our group was somewhat surprised and we couldn’t help but smile at what we had just experienced. At one point we were completely rejected, shunned as undesirable strangers. At another point, our presence as foreigners was considered as fulfillment of the prophecy.

Foreigners can either be completely rejected by the native residents, or they can be considered by the more discerning as expressions of God acting in a rather new and different way. In fact, based on the accounts of Matthew and Luke, there were two unlikely groups who first received the good news of the birth of Jesus: first, there were the poor shepherds out in the pasture watching their flock of sheep in the cold of the night; and second, here are the Gentiles, the Wise Men from perhaps the land of Babylon.

III. 3. Shepherds and the Wise Men in the Same Category

You see, both the shepherd and the Wise Men practically occupied the same category in the social ladder of Israel. Both groups belonged to the so-called unrecognized Gentiles, enjoying no rights in society and being avoided by common citizens, especially the religious functionaries of the land, mainly because both of them were considered unclean, ignorant of the Torah, completely outside of the circle of God’s grace and attention.

But mind you, using outsiders has been the direction of God’s new act in history. It shows God’s new resolve to usher not just a new year, but a totally new era, a new age, to effect a new mode of redeeming. This new mode involves transforming not just God’s own chosen people, using means that are completely unexpected and at the same time, seeing to it that these chosen agents of God become also the objects of God’s redeeming act of salvation. The subject also becomes God’s object of love.

This is a divine plan that will no longer depend on traditional leaders, on the usual centers of power in society, on the traditional images of royalty, power and privileges. This is a plan that will make use of the usually unrecognized, those granted with no rights, those who are not even considered included in the covenant – the foreigners, the outcast, and the marginalized.

This is what is so amazing about God’s new plan in history. It is purely by grace and the love of God for all, not just for a certain group of people.  Epiphany itself is a season where this grace of God has appeared and manifested even to those people whom we may least expect.  God’s grace is made available to all peoples, all nations regardless of race, color, belief, politics, culture, gender or other classifications that tend to divide us and sometimes make as treat the others as enemies.

This division has become even more acute these days as we hear constant rhetoric that tend to sow division, exclusivism, and separation and distinction rather than kinship and brotherhood. We hear of building walls of separation, of banning certain peoples from entering one country. We Filipinos may also have our manifestations of this racist attitude or behavior. Some may not even want to sit beside certain types of foreigners.

We tend also to discriminate between us and those considered below us, the farmers, the laborers, the cargadores, the informal settlers, those illiterates scavenging in the garbage bins, and now, those we suspect to be having HIV/AIDS. We tend to avoid them as much as possible. This is how we make distinctions between us and them, creating a divide between foreigners, natives, the marginalized, and us. This is not in accordance with the will of God as revealed in the Scriptures.

We need to make our world one, where there is always space for grace, for acceptance to be experienced by all, for a community of grace where everyone can feel welcome, loved, accepted, and embraced, especially those considered outsiders. For us to be a church characterized by love and compassion instead of rigid, traditional, formalistic legalism and pure religiosity, filled with prejudice on certain groups, aloof and detached from the realities and burning issues of our time.

We may recall the song of John Lennon of the Beatles, Imagine: Imagine all the people living life in peace. Yes, we can dream and imagine an alternative reality, an alternative arrangement in this world and believe it can be done, and then begin doing the things we can do to contribute our share to the change we are all dreaming of. Only then can we realize and fulfill the very spirit and message of this season as people of various origins, class, and status begin to experience the manifestation of God’s loving, accepting, forgiving, unconditional, and so wonderful grace being extended to us all. Let us approach the Lord’s Table today in this spirit of unconditional Grace extended to us which we are now obliged to share with others. Amen.