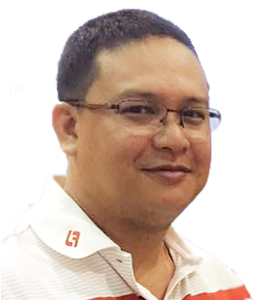 “Young People in the Digital World: The Struggle To Make Sense Of One’s Existence”
By: Dr. Giovanni T. Macahig, Registrar and Admissions Officer

(Delivered at a symposium during the Philosophy Week Celebration of St. Joseph Seminary College.)

Every day we navigate through a vast media environment. Consider your daily engagement with media. Do you think you will be able to live a meaningful life without media? Can you even imagine life without media? How important is media in your life? Let us say you wake up tomorrow where everything in the world is the same except that media does not exist. How different would your life be?

We cannot deny that an enormous portion of our lives is spent interacting with media. Given the pervasiveness of media and their significance to both our personal and collective lives, they generate a great deal of interest and debate.

The effects and influences of new media cannot be overemphasized. It has created an attraction far beyond the imagination of its creators. The internet was just a solution to a need to connect or network important institutions in the U.S. military, but it made through civil applications and spread like wildfire to what we now call as the World Wide Web. The world became closer and boundaries have been broken. Information has never been more available and expression of one’s personality, beliefs, opinions and even moods has never been more open and public as before.

Which begs the question: Is the new media now considered as the new venue for creating meaning in life? Does it now define one’s existence?

The rise of existentialism took off when the acknowledged father of existentialism Soren Kierkegaard (1813-1855) reacted against the system of Hegel. He emphasized that the individual man cannot be placed as a “cog in a machine” or a part of a system. Reacting against the rationalism of Hegel, he stressed the infinite passion of man. Truth is what is held on with the passion of the infinite. With Kierkegaard, philosophy became a search for meaning of life. The search for truth was now the search for meaning. (Dy, 2003)

Existentialism is very much against systems.  It abhors philosophical systems and philosophizes in an unsystematic though not inconsistent manner. (Dy, 2203) Existential thinkers seek to avoid restrictive models that categorize or label people. Instead they look for the universals that can be observed cross-culturally. (Wikipedia)

The new media is a venue where there are no boundaries to one’s expressions, creativity, beliefs and perceptions. This attracts people of all ages, not only the young because they can do what they want, when they want it, and how they want it. This is the ultimate venue of one of the elements of existentialism, i.e. freedom.

How then is freedom exercised in the cyber world? Will there be limits? Are people freer in the virtual world than the real world?

Corollary to this thought, subjectivity, another element of existentialism, according to Roger Troisfontaines Author of “What is Existentialism?” describes subjectivity as something more personal, more intimate, something that can hardly be put into words. Gabriel Marcel calls it “mystery” in contrast to “problem” his term for object. Subjectivity is the true interpretation of reality. (Cruz, 2007)

What are the reasons why they enjoy playing internet games, posting on Facebook, or chatting?

Some people who engage with the new media, especially those who spend more hours, may consider it as a personal, an intimate and maybe a “mysterious” experience. It has become subjective. It may even be and could be considered as the only reality they are in.

If existentialist would have to answer the reasons and causes why people engaged with the internet or the new media the answer would be clear, i.e. “no there is no clear answer”, the answer has to come from ourselves or the one who engages for that matter. Although existentialism allows us to understand the importance of subjectivity, freedom and the meaning of life in existing.

Reflecting from this brief philosophical enterprise, I realized that the only person who can tell is the one personally involved; and we can only wonder why they do it.

To end, allow me leave you with some reflective thoughts that somehow could offer a possible enlightenment to the existential concerns raised.

First is a Latin phrase by Horace Voltaire “In Medio Stat Virtus” – Virtue lies in the middle. Virtue, by definition, is a characteristic that promotes individual and collective well-being. Virtue is in the moderate, not the extreme position. (CF. http://pkrishnan.net) Over-doing destroys one’s character and well-being, while “under-doing” deprives us of the opportunity to know and improve ourselves. Aristotle’s “golden mean” principle expressed that defect is Vice and excess is Vice, too, however the mean is Virtue. Healthy Engagement in the cyber world or the new media thus can be possible in moderation.

Second is from Earnest Hemingway: “the best way to find out if you can trust somebody is to trust them” (Cf.http://www.brainyquote.com). Existential psychotherapy as espoused by Victor Frankl a psychologist and an Existential Philosopher wrote the book “Man’s Search for Meaning” also titled “From Death Camp to Existentialism” is defined as a philosophical method of therapy that operates on the belief that inner conflict within a person is due to that individual’s confrontation with the givens of existence. These givens, as noted by Irvin D. Yalom, are: the inevitability of death, freedom and its attendant responsibility, existential isolation (referring to phenomenology), and finally meaninglessness. These four givens, also referred to as ultimate concerns, form the body of existential psychotherapy and compose the framework in which a therapist conceptualizes a client’s problem in order to develop a method of treatment. In the British School of Existential therapy (Cooper, 2003), these givens are seen as predictable tensions and paradoxes of the four dimensions of human existence, the physical, social, personal and spiritual realms (Umwelt, Mitwelt, Eigenwelt and Überwelt).

Existential therapy starts with the belief that although humans are essentially alone in the world, they long to be connected to others. People want to have meaning in one another’s lives, but ultimately they must come to realize that they cannot depend on others for validation, and with that realization they finally acknowledge and understand that they are fundamentally alone (Yalom, 1980).

The result of this revelation is anxiety in the knowledge that our validation must come from within and not from others. Trusting then is the first step towards a better understanding of the person.