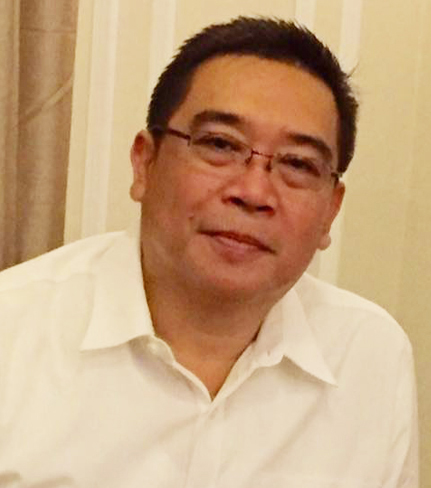 It is with great honor to be invited by the Zamboanga del Norte, Dipolog and Dapitan Alumni Chapter as your inspirational speaker this evening. I bring greetings from your alma mater, Silliman University. I have attended Silliman alumni gatherings in Lucerne, Switzerland, Dublin, Ireland, New York, Boston, Washington D.C., Manila, Tagaytay, Tacloban, Davao, Cagayan de Oro, Bacolod and Iloilo to name a handful, and yes the Silliman Spirit is very well alive in those gatherings. But tonight, this alumni gathering again reaffirms that the Silliman Spirit is very well alive.

Regardless of your primary roots, Sillimanians invariably know what home means, and that is, Dumaguete, back in Silliman. Being a Sillimanian, one has learned to love Dumaguete, like the place is second skin. Today our beloved University is home to more than 10,000 students from basic to tertiary education with over 300 international students coming from 60 countries. For over a century now, it has upheld competence, character, and faith, which etches among all its graduates.

Sillimanians of all ages, wherever they are in the world, share the same spirit, of the Via, Veritas, Vita, that keeps and binds us Sillimanians together, no matter what. As I witness here today, or shall I say experienced first-hand, the sense of kinship and instant connection that you feel when you meet perfect strangers, somewhere on the other side of the world, and you find out they are Sillimanians too. The Silliman Spirit, surpasses both time and place. Wherever you go, whatever you do, you feel like you’ve known each other for so long. It brings warmth and an unknown feeling of belongingness, and I’ve experienced this a lot of times, and I know you have too. Zara Dy, an alumna puts it, “Silliman becomes not just a school, it’s a life style.” A careful balance of culture, academic excellence – and decadence par excellence.

Let me share with you an amazing story of how the Silliman Spirit united Sillimanians in war torn Jolo, Southern Philippines. Many years back, Mong Atega a former Alumni Director, visited Jolo to meet with fellow Sillimanians. It was late in the afternoon when Atega and his small group chanced upon a house which they knew belong to a Sillimanian. Considering the peace and order at that time, the house was closed and seemed no one was there. Calling out “maayo” which seemed forever, resulted in nothing. The house remained closed. Without the technology we have today, there was no way of communicating to that resident of that house. After futile attempts of calling out “maayo” Atega came with the idea to sing the Silliman song outside what seemed to be an abandoned home. As the group began to sing, “Where the white sands and the coral, kiss the dark blue southern seas…” As if by magic moved by the Silliman Spirit, the house slowly came alive with its resident’s inside. As the doors opened, they came out with tears in their eyes singing the same song, it was Dr. Estampador who embraced and welcomed the group into her home.

Today, Silliman has continuously changed to meet the demands of a particular time frame. The Silliman you knew may not be the Silliman that is today. It has changed and evolved, yet maintaining its rich heritage. Built on the foundation of God, this has lit the way for the Silliman Spirit to thrive. Silliman would not be what it is today without you.

Horace Brinsmade Silliman was born in 1825. He was educated at Albany Academy, graduated from Union College in 1846 (a member of the Phi Beta Kappa) and later received honorary degrees from Union and Hamilton Colleges.

Silliman first became a druggist, opening a shop on Remsen Street in Cohoes. In 1849, Silliman and Stephen C. Miller established a newspaper, the Cohoes Cataract, for which Silliman was publisher until 1851. Silliman amassed a fortune in the mill supplies business during the Industrial Revolution. He was a stockholder in several mills in Cohoes, was first president of the C.H. Adams Steamer (Fire) Company and was a Trustee of the First National Bank in Cohoes.

Silliman contributed to Cohoes through both philanthropy and public service. His greatest gift to the City of Cohoes was the Silliman Memorial Church, constructed in 1896 to memorialize his parents’ founding of a Presbyterian Church in Cohoes. The Romanesque revival church stood in front of the Cohoes City Hall, where the Horace Brinsmade Memorial Park is today. Unfortunately the church was demolished in 1998.

Horace B. Silliman died on May 4, 1910 at 84, leaving an astounding legacy of selfless contributions to Cohoes as well as capital funding and scholarships for Hamilton College, Union College, and Mount Hermon Academy, building the Silliman Lodge in New Jersey (a home for girls, affiliated with the Christadora settlement house in New York City), and establishing Silliman University in Dumaguete City, Philippines.

So this man has definitely shaped my life and I believe yours as well. Isn’t it time for us to shape the future of others?

Let us continue to spread the Silliman Spirit by giving back in whatever way.

I end my talk this evening with this quote from Outstanding Sillimanian Priscilla Lasmarias Kelso.

“The culture of giving is really not just about writing checks. It is about supporting the Ministry of Silliman University… the heartbeat of giving goes beyond the pocketbook. It is also a matter of the heart, of what sustains us, of what we remember as good, noble and godly in our beginnings as Silliman alumni.”