When the Portals Shift 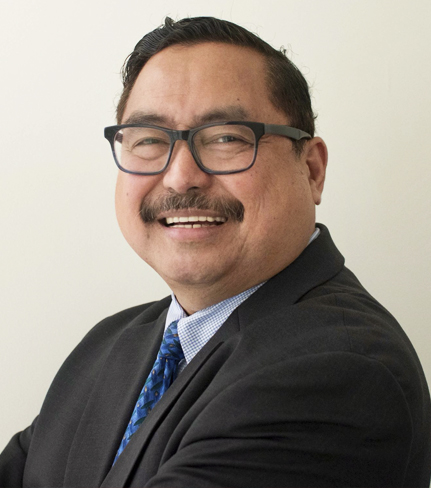 When the Portals Shift

Good morning! Thanks be to God for giving our community, our university for 117 years of service.

I want you to turn to your neighbors and greet them Happy Founders Day and wish them another 117 years of service. And if you will tweet this greeting, please use #servicepamore.

It is always good to be home. Five years ago, I addressed this congregation during Founders Day sunrise service. Thank you for giving me this opportunity again to share with you God’s light and God’ word.

Our New Testament reading today, Ephesians 6:10-20, is from the letter of Paul to the early church in Ephesus, in what is now modern Turkey. You will recall that Paul, a citizen of Rome,  wrote it towards the end of the first time he was imprisoned.

In his letter to the Ephesians, Paul instructs the church that Christianity is for all men, women, Jews, gentiles, slaves, free people — and that we are all one in Christ. Our reading this morning specifically instructs us how to live Godly lives and how to serve God in a spiritually challenging world.

Three of these instructions have resonated in the life of Silliman University: faith, truth, and prayer. They continue to resonate strongly even until today.

Any Sillimanian can tell you that there are three portals or gates to this university. The original Gates of Service fronting Silliman Hall. The Gates of Opportunity that welcomed students who travelled by boat from various islands to Dumaguete.  And the main portals today, the Gates of Knowledge, inaugurated by the late President Ramon Magsaysay.

Although these portals of cement and limestone have stood solidly, in a sense, these portals have always shifted. They have shifted in response to the challenges that have emerged in the 117 years of our university’s existence.

In World War II, the university community became a jungle university as imperial Japanese soldiers occupied the campus. During the martial law years and the Marcos dictatorship in the 1970s to the 1980s, Silliman  was fenced in and we had learn how to resist the dictatorship in subtle ways. When the devastating Super Typhoon Haiyan hit in 2013, we responded by developing typhoon-resistant houses of worship and established a calamity fund because with climate change, the typhoons will only get stronger.

While the communal story of Silliman University is one of persistence and faith, it is the personal story of each and every Sillimanian that really inspires me. Each and everyone one of us, have stories when the portals of our lives have shifted.

As we observe our 117th Founders Day, we also observe the 10th, the 25th, the 50th anniversaries of various reunioning classes — each class a treasure trove of Silliman stories.  Today, I would like to especially mention SUHS Class of 1973 — my class — as we celebrate our 45th anniversary. I assure you that @45, we the SUHS 1973 milleniors are still as sharp as ever.

With God’s help my fellow milleniors and I have coped well with changes when the portals of our lives shifted. There is one millenior classmate, however, whose life I find truly inspiring — Dr. Junice Demeterio Melgar. Her life story has not been publicly narrated here at Silliman University and certainly not at this church where she worshipped as a student. Parts of it have been told in a chapter of an academic book on gender and sexuality published in 2005. Junice has given me permission to tell her story.

Junice was able to finally tell me, and another classmate, Alice Flores Mercado, her story when we met in New York in the early 2000s. I distinctly remember her first words: legal na mi. We are now legal.

Junice is one of the brainy and beautiful Demeterio sisters from Aklan. She graduated in 1973 from SUHS with distinction and then went to study to be a doctor at the University of the Philippines. Junice and her classmates’ eyes were opened when they discovered how badly Filipinos — especially mothers and children — were underserved by the health system of the Philippines then.

The government practically neglected them, especially the poorest among them. The government  favored the creation of a health system dominated by such medical institutions as the Philippine Heart Center, the Philippine Lung Center and other facilities and programs that glorified the Marcoses instead of serving the needs of poor Filipinos.

As with many idealistic Filipinos then, they decided to join the Communist Party of the Philippines. For those who do not know it, the CPP at that time offered the best organized resistance against the Marcos dictatorship. Through a program similar to China’s barefoot doctors, Junice and her fellow doctors were able to minister to the needs of women and children. For many of them, this was the only health care they received.

When the 1987 constitution legalized the Communist Party, Junice emerged from the underground and co-founded clinics serving the health needs of women and children while at the same time, empowering them. As they grew, they were ironically put on trial by Gabriela, the women’s wing of the CPP for wanting to accept funds from the United Nations Fund for Population Activities and elsewhere to upgrade their health clinics. The official records indicate that they had an amicable separation, but in reality, Junice and her fellow doctors were expelled from the party.

Today, their non-governmental organization, Likhaan, runs seven community health-based programs in the poorest communities of Manila, Bulacan, and Eastern  Samar, including the one in Tondo which was visited by Canadian Prime Minister Justin Trudeau last year.

I have long admired Junice for her commitment to women’s health and reproductive rights during the Marcos dictatorship and also for standing up to Gabriela as they realized their vision of a more progressive approach to women’s health. But her most important contribution was the role she and Likhaan played in the passage of the Reproductive Health Law of 2012, despite the vociferous objections of the Roman Catholic Church.  We owe Junice and her colleagues at Likhaan a lot for persistently advocating for women’s health and reproductive rights, despite the decade-long  efforts of the Roman Catholic bishops to scuttle the bill.

In the New York conversations we had, Junice was very grateful for the education she got at Silliman. The faith and truth Silliman inculcated in her, remained Junice’s guiding star especially in those dark days of the Marcos dictatorship.

Rev. Paul Doltz, composer of the Silliman Song, must have been inspired by Paul’s letter to the Ephesians when he penned the third stanza that says: “…still the faith and truth she gave us will remain our guiding star….

So, as we give God thanks for the last 117 years of service — and thank God for #servicepamore— we should accept the fact that God is not done with us yet. God will never be done with us. The portals of Silliman University, the portals of our lives, will always shift and in so doing, our faith will continually be strengthened. God will never be done shifting the portals of this university, with our lives — and we must remain faithful to God. God will ways give us opportunities of #servicepamore

My prayer for our beloved alma mater, and for all of you, is that as the portals shift, that we remain grounded on our faith, strengthened by the truth that we have been given, and constant in our prayers. May God guide our lives to shine on the path as we seek justice, as we seek peace,  and as we seek to restore our planet.