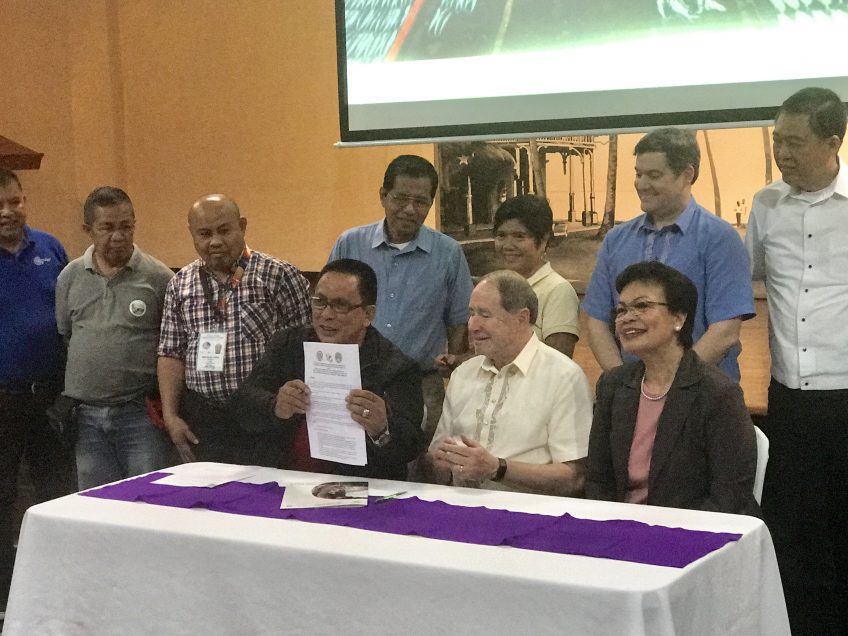 Silliman University has joined the Bureau of Fisheries and Aquatic Resources (BFAR) and the United States Agency for International Development (USAid) in the “Fish Right” Program to establish and strengthen sustainable fishing in Southern Negros. SU and other core partners are implementing the Fish Right Program in the Calamianes Islands in Palawan, Southern Negros and Visayan Seas.

The Fish Right Program “seeks to ensure that there is enough fish…now and into the future” and that “there is always fish” for people in Negros, according to Dr. Ben Malayang III, principal investigator of the program and former Silliman University (SU) president, during the fellowship dinner for the program’s Negros Oriental partners held March 5 at Silliman Hall. Dr. Malayang explained further that the program also aims to improve people’s incomes, wellbeing, and ability to respond and manage risks and threats brought about by climate change to fishery ecosystems.

In the same event, Negros Oriental Governor Roel Ragay Degamo signed a covenant of commitment to the program, mandating the provincial government to support its efforts in the province.

During the forum, non-government partners signed agreements to commit to the program.

SU President Betty Cernol-McCann said the term “Fish Right” in the program can be interpreted in two ways: the “right” fishing practices and the “right” of the fish. Along the same line of thought, Dr. Malayang declared, “We believe, especially here in Silliman and the greater Negros community, that there is an ethical and moral dimension of needing to respect the rights of our fishes to continue and sustain their population and their species. It is a moral obligation…Fish Right here is both the technical and ethical imperative.”

In an interview, Dr. Hilconida Calumpong, director of the SU Institute of Environmental and Marine Sciences (IEMS) said the three key areas – the Calamianes Islands in Palawan, Southern Negros and Visayan Seas – were chosen by USAid not only because of their high biodiversity but also because they are highly threatened by activities such as commercial fishing, tourism, and environmental destruction.

SU, Dr. Calumpong said, is in charge of implementing the program in Southern Negros through its local, regional, and national partnerships and resources.

“The role of Silliman is implementing the whole framework of the project so that we are able to attain the goals, because we have the facilities, the IEMS, the expertise…Silliman University is full of resources,” said Calumpong.

The program in Southern Negros involves areas in 11 cities and municipalities from Dumaguete City to Cauayan, Negros Occidental. “All of these municipalities belong to what we call the ‘marine key biodiversity areas,’ areas of high biodiversity…both marine and terrestrial,” Calumpong explained, adding that biodiversity is important for sustaining fisheries.

According to the University of Rhode Island’s (URI) Coastal Resources Center, also a core implementing partner of Fish Right, the program will foster “substantial change” in fisheries, coastal resource management, and climate resilience in the Philippines to achieve a 10-percent increase in fish biomass in the key areas. 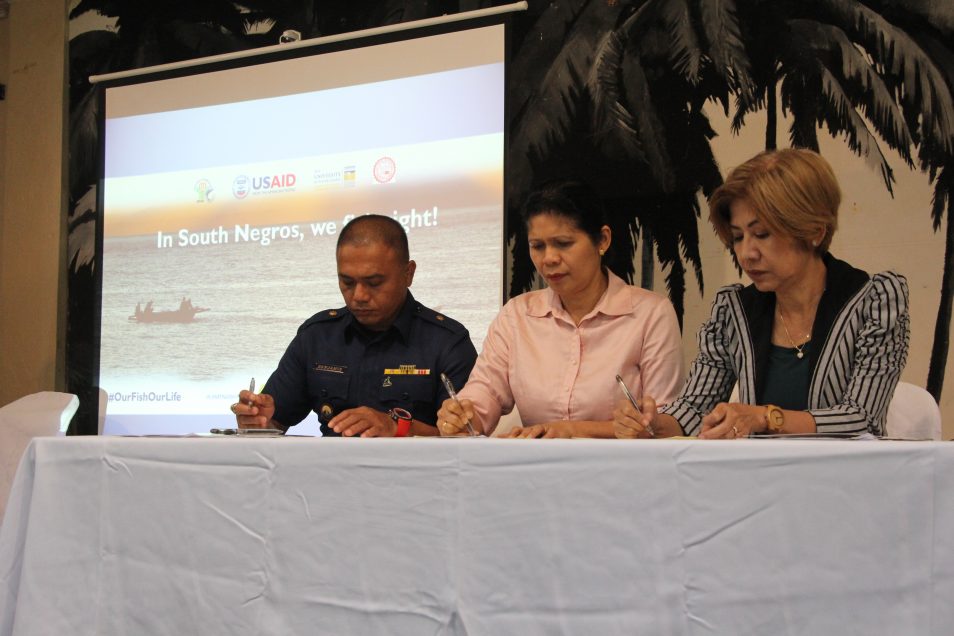 Through multi-sector partnerships and coalition building, SU and its partners engage with local stakeholders in the fishery sector such as fishing communities, local government units, and other organizations to identify approaches tailored to specific socio-ecological conditions of the areas.

As for SU as a core partner, Calumpong said SU was invited because of its reputation in marine and coastal studies. “(Silliman University) wants to become a real partner in development, not only in producing human resources (as an academic institution),” she added.

Aside from SU and URI, other major partners in Fish Right are: Path Foundation Philippines, non-government organizations for Fisheries Reform, University of the Philippines Manila and Visayas, Resonance Social Impact Investment, and Sustainable Fisheries Partnership. 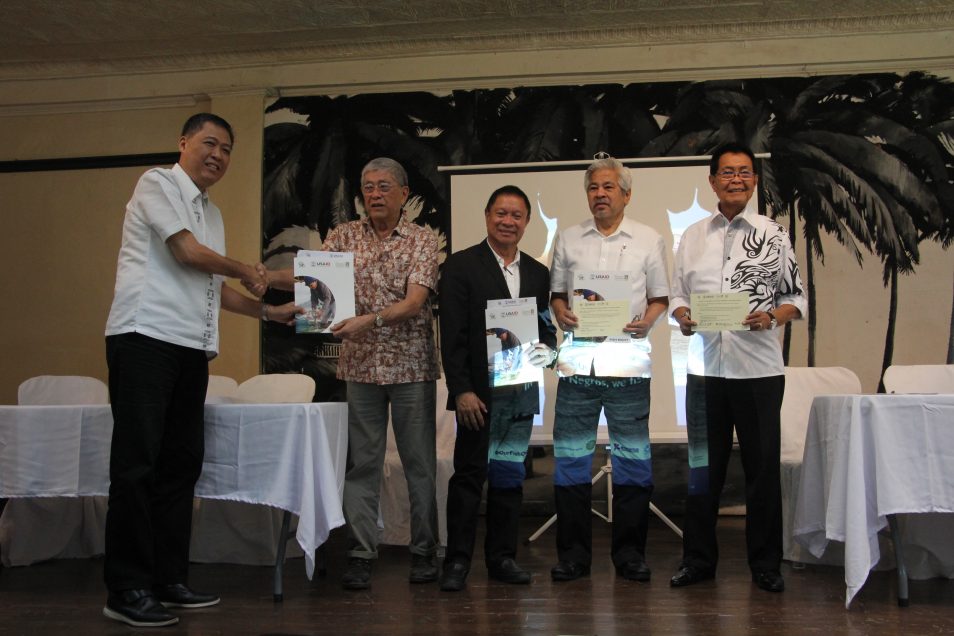 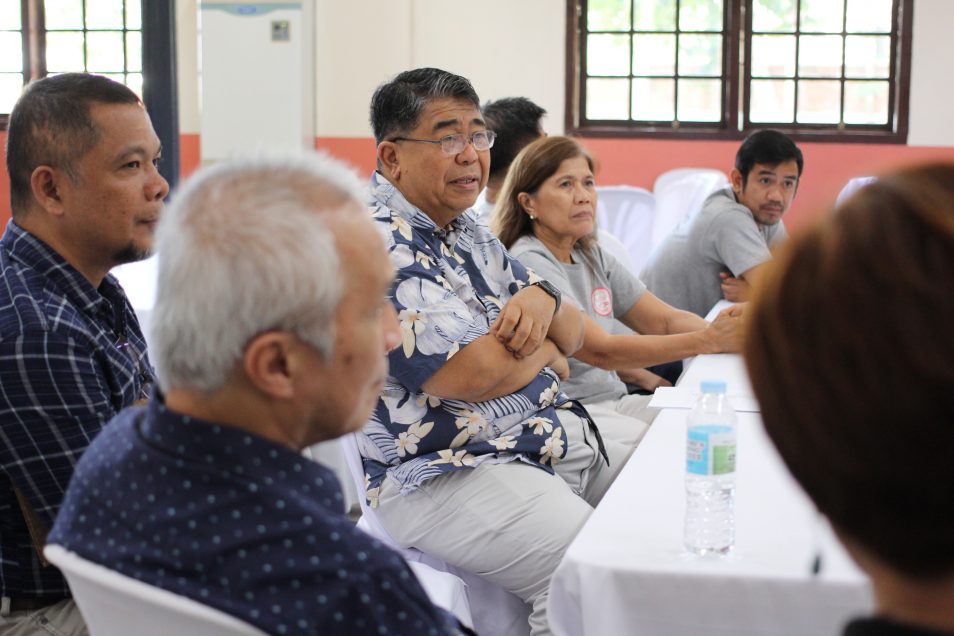 Implementors, partners, and stakeholders of Fish Right Program in Southern Negros at the forum last Feb. 21-22 at Silliman Hall.