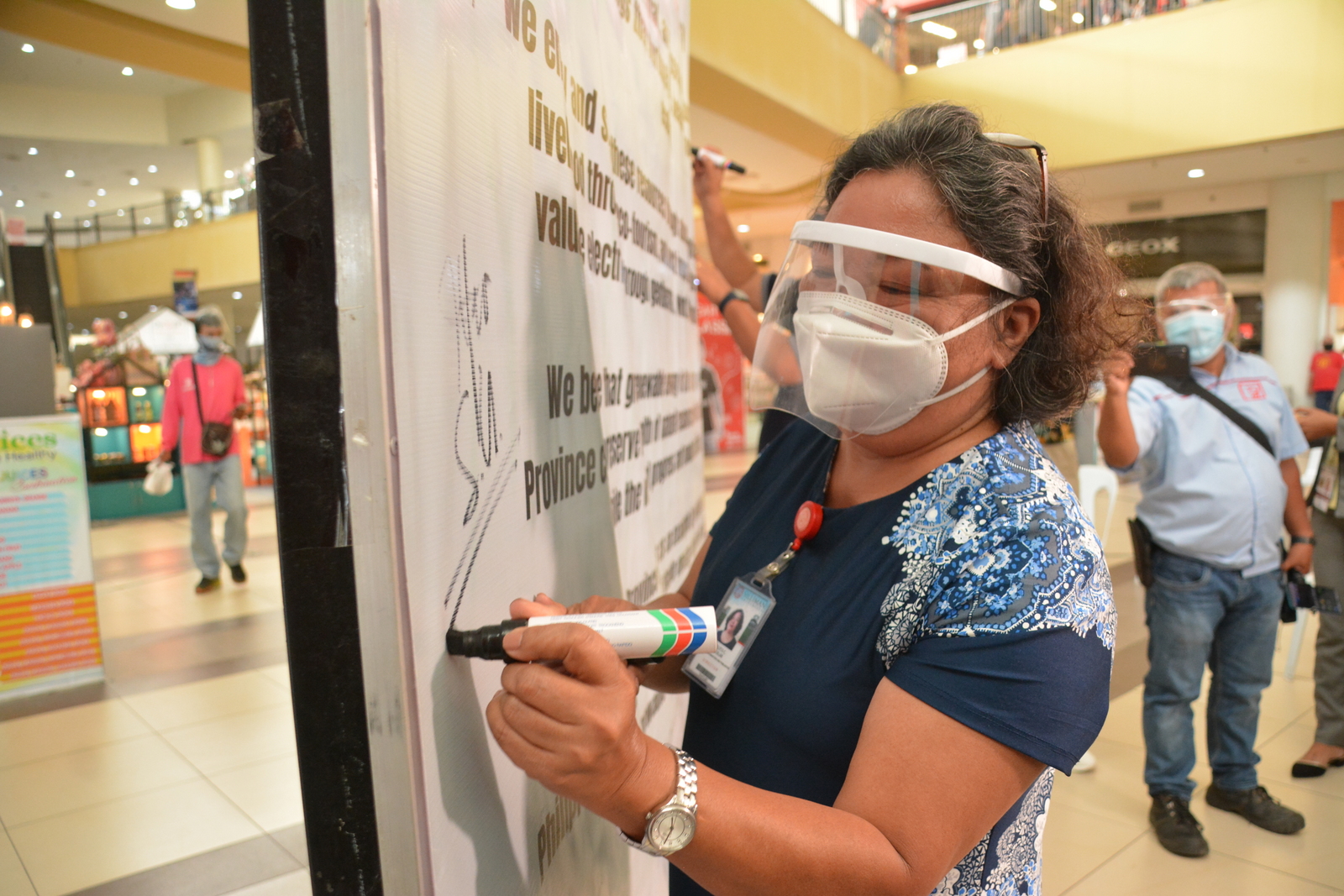 “Silliman University fully supports the move to institutionalize the ordinance [Negros Oriental Renewable Energy Code] declaring the Province as an environment-friendly and a ‘clean energy’ province. The University believes that the ordinance fully conveys environmental concerns, promotes responsible utilization and development of energy resources that would allow a dynamic growth for the communities in Negros Oriental,” said SU Office of Information and Publications Director Melita C. Aguilar, who represented SU in the event on behalf of President Betty Cernol McCann. 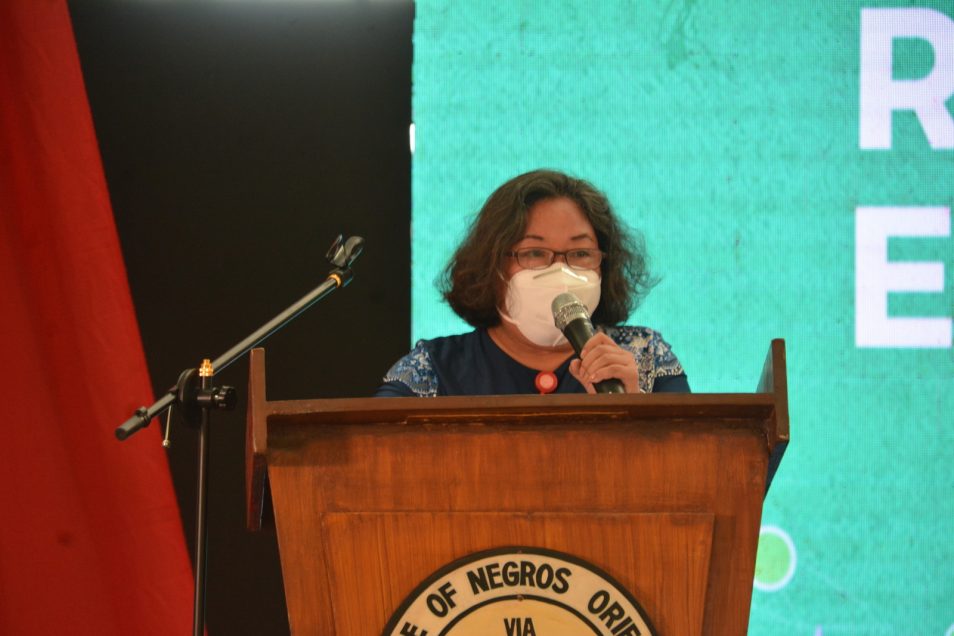 It was announced during the event that the Negros Oriental Renewable Energy Code, a proposed ordinance, has been approved on the first reading earlier this month.

Atty. Jose A. Baldado, Sangguniang Panlalawigan member and principal author of the ordinance, said the ordinance “needs to pass,” otherwise executive orders made by the Provincial Government on renewable energy would not be enforceable.

Baldado said the ordinance was crafted as a way to address climate change and the need to economically develop the province.

Bishop Gerardo Alminaza of the Diocese of San Carlos, a known advocate for renewable energy, served as the keynote speaker during the event. 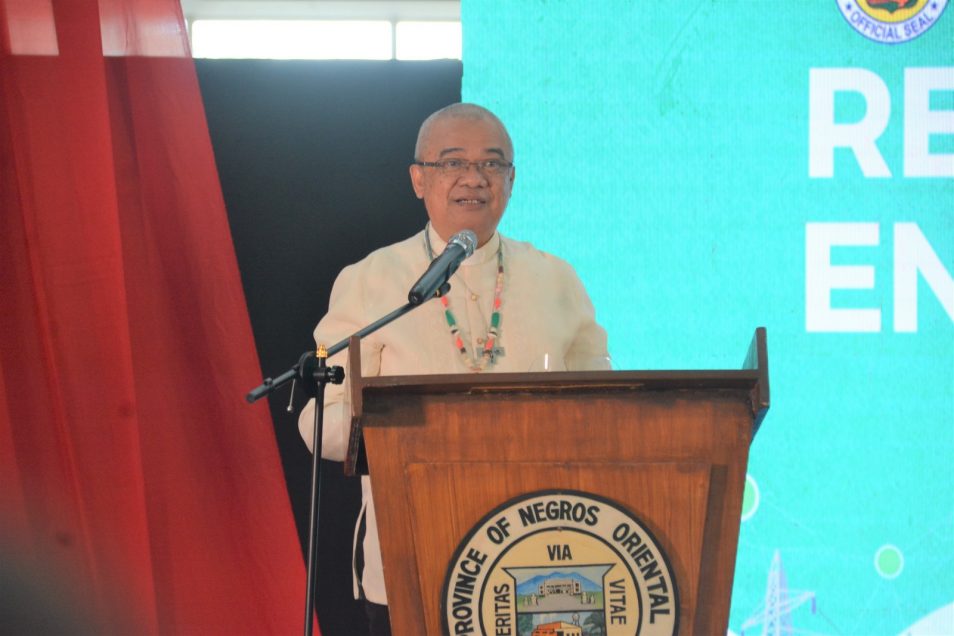 Bishop Gerardo Alminaza of the Diocese of San Carlos delivered the keynote message during the third Renewable Energy Day celebration of Negros Oriental.

Alminaza lauded the effort of the province to accelerate the promotion, development, and utilization of its indigenous renewable energy resources, but he also urged the province to adopt “more concrete and time-bound” provisions in the proposed ordinance.

“We need firm policies that would finally end the use of fossil fuels in the Negros Island and remove barriers to the development and utilization of renewable energy,” said Alminaza, who is a co-convener of the Withdraw From Coal campaign group and the REpower Negros movement.

Alminaza mentioned data from the REpower Negros study published by the Center for Energy, Ecology, and Development in September 2020 which said that 95 percent of the Negros Island’s installed capacity mix comes from renewable energy sources. However, Alminaza said around 70 percent of electricity in Negros Island is still sourced from neighboring coal and diesel-powered plants.

“The phaseout of unnecessary coal consumption must be pursued… the phaseout of coal will not diminish energy security in Negros since renewable resources can sufficiently supply energy. However, renewable energy must be maximized and further integrated into the grid,” he added.

Representatives of the Department of Energy Region VII, Philippine Chamber of Commerce of Industry Region VII, the Energy Development Corporation (EDC), St. Paul University Dumaguete, Negros Oriental State University, as well as other government offices and civil society organizations in the province also pledged their support for the proposed ordinance during the event.

“Today’s celebration of Renewable Energy Day will surely seal our efforts not just for now but for the future as well; for, after all, the provincial government’s efforts also complement the advocacy of the University in protecting and conserving the environment,” said Aguilar. 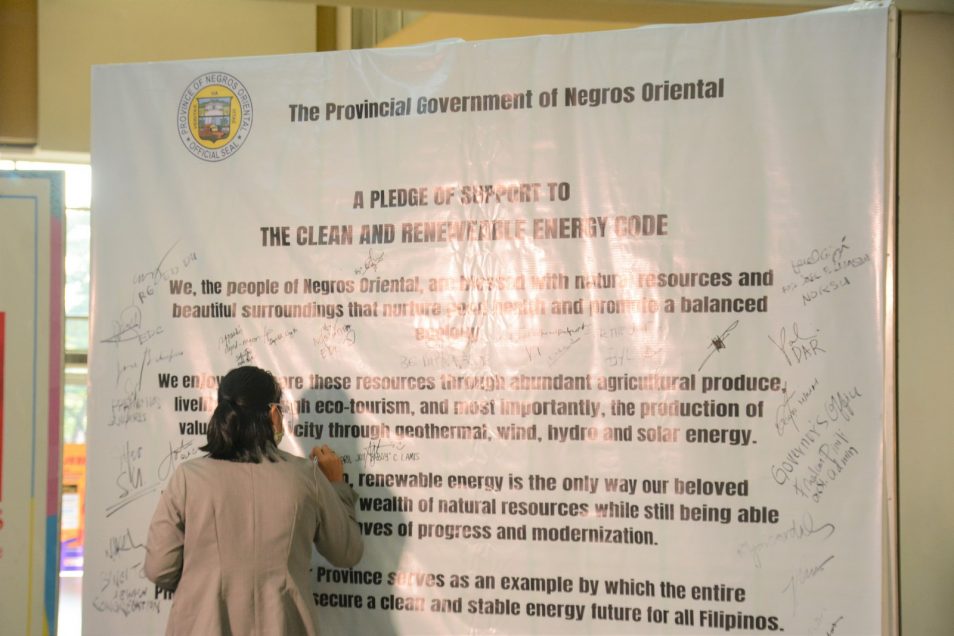 The symbolic pledge of support for the proposed Negros Oriental Renewable Energy Code.

In its commitment to environmental conservation and protection, SU is an advocate for renewable energy. Since 2016, SU has been utilizing its solar panels on campus, which are installed at the College of Business Administration building, SU Main Library, and the Claire Isabel McGill Luce Auditorium.

In 2018, the Provincial Government of Negros Oriental declared March 5 as Renewable Energy Day to commemorate its commitment to renewable energy sources.

During the first Renewal Energy Day celebration in the province last March 2019, SU was invited to present its best practices in utilizing solar energy. Electrical and Mechanical Engineering students from the SU College of Engineering and Design also presented their projects that generated renewable energy.

SU is also a longtime academic partner of the EDC, the largest producer of geothermal energy in the country, for its various corporate social responsibility projects such as the BINHI Program.