Silliman University (SU) and U-Bix Corporation, through its president Atty. Edilberto B. Bravo, signed February 18, 2020 the Deed of Donation and Acceptance for the SU-Bert Bravo Technopreneur Center, a facility that will be used for the SU Technology Business Incubation (TBI) program. 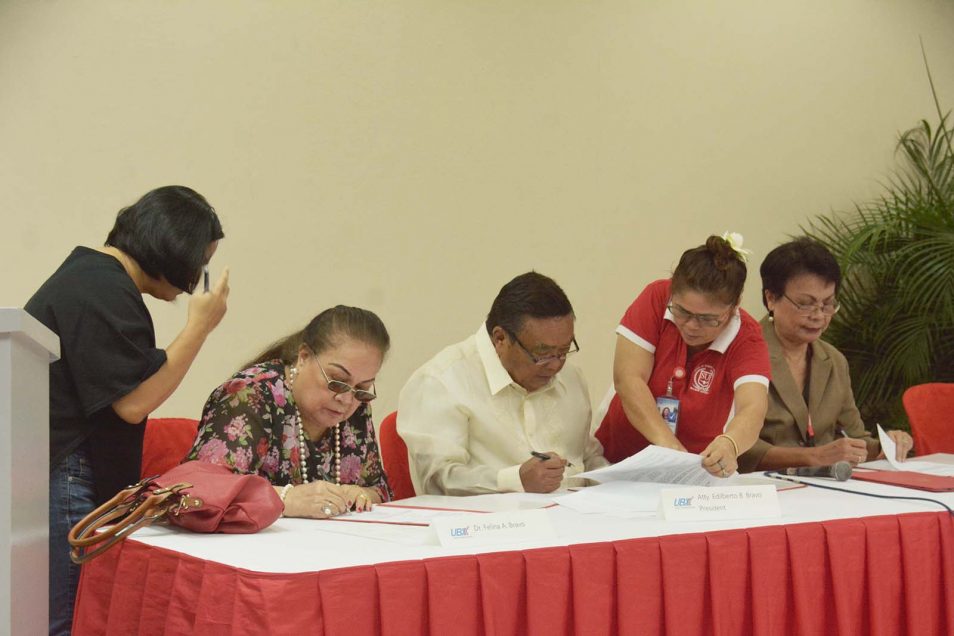 U-Bix Corporation donated to SU 15,000 square meters of land in San Antonio, Sibulan where the Technopreneur Center will be built. The corporation also donated PhP100 million for the Center’s construction.

Atty. Bravo, a self-made entrepreneur and business leader, partnered with SU to establish the Center as a response to the need for a facility in the province that can help develop ideas of aspiring entrepreneurs and innovators.

“The establishment of the Technopreneur Center would primarily benefit aspirants who do not have access to resources in becoming full-fledged entrepreneurs. The Center is aimed to be a hub of incubating science and technology-based startups, not only in the province and in the region but as well as the entire country,” said Dr. Dave E. Marcial, SU TBI project lead and College of Computer Studies dean.

Marcial said the Center aims to be an incubation facility for developing ideas into startups, and act as an “accelerator” for startups as they look for investors and enter the market.

“As an incubation facility, the Center will host and assist innovators, scientists and aspiring entrepreneurs in developing an idea, testing and vetting an idea, and developing a prototype. The center will be operated by SU. As an accelerator, the Technopreneurhsip center will facilitate conversation with venture capital corporations,” he added.

The SU TBI, which currently operates at the main campus, launched last December 2019 to help students and professionals develop their early-stage technologies into market-ready products by providing them with a range of resources, services and facilities.

When the Technopreneurship Center opens, Marcial said SU TBI will offer a “higher level of incubation” in the Center as it will include services for both incubation and acceleration of startups that will be made available to more people outside the Silliman community.