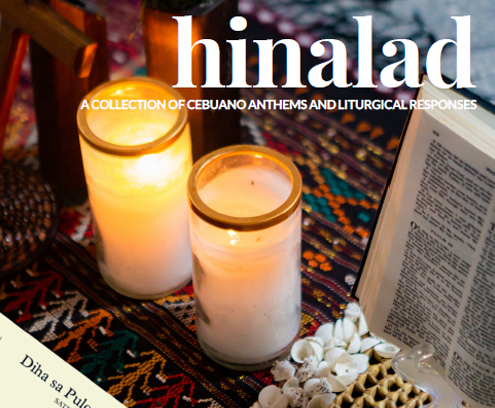 The collection was launched during a creative worship last August 29, 2021 via Facebook Live.

Titled “Hinalad” (offered), the collection compiled and edited by Nalam and Fabe includes 20 anthems and 27 responses that could add to the limited repertoire of Cebuano-speaking congregations in Visayas and Mindanao. 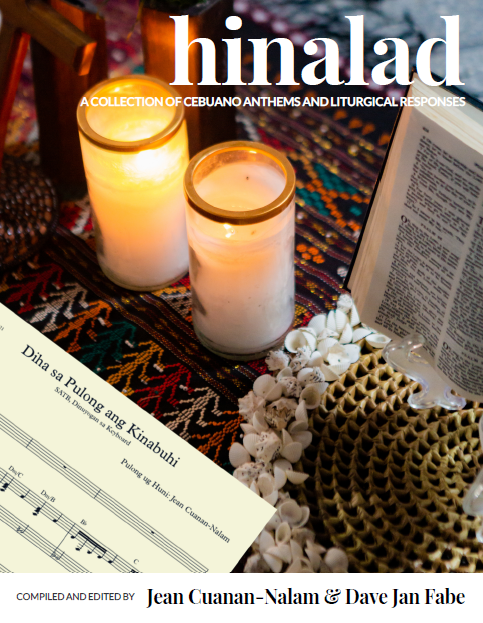 The “Hinalad” collection comes as an offering for the centenary of the SUDS to the Cebuano-speaking congregations in Visayas and Mindanao. The project responds to the need for new liturgical resources in Cebuano to be used for communal worship.

The said project came into fruition when Nalam and Fabe agreed to utilize the quarantine period at the onset of the COVID-19 pandemic in crafting new original songs with the help of some Cebuano composers including former students of the SUDS’ Liturgy and Music Program.

HINALAD, according to the composers, offers the following features: first, the songs are all original with texts in Cebuano; second, musical terms, indicators, markings and other musical expressions are in Cebuano to be more comprehensive to the Cebuano singers, the Cebuano choir directors, the Cebuano accompanists, and the Cebuano worshipers in general; third, the songs come in varied musical styles ranging from chant-like, to polyphonic, to rock style, to hymn style, to cantatalike anthems, and a lot more and in varying arrangements from choir unison or congregation unison, to solos, two-part, three-part, and full mixed choir; fourth, song are based on Biblical passages, paraphrased, or directly lifted in verbatim and comes with Biblical references at the beginning of each piece; fifth, the collection is a collaborative work among Cebuano composers and lyricists who are either laypersons, ministers, or church musicians; sixth, the songs are given a rough translation in English and a short annotation which can help worship leaders, the congregation, and the choir in understanding the context and intentions of these precious compositions; seventh, rehearsal marks are aligned at the beginning of the phrase where the new section begins, not on measure following the pick-up notes and lastly, the collection comes with useful tracks, such as listening tracks, accompaniment tracks, voice tracks as rehearsal guides (SATB), including lyric sheets, PowerPoint, vocal scores, and full scores.

Songs have been ordered based on the conventional worship flow common in many Cebuano churches, beginning with Introit and ending with the response to the Benediction.

Nalam is a composer, hymn-writer, hymn translator, music arranger, and mentor in music at the SUDS’s Liturgy and Music program. Over the years, she has been serving as choir director and accompanist in several local churches in the United Church of Christ in the Philippines – Negros District Conference.

She earned her undergraduate and graduate degrees in Music, major in Music Education from the SU College of Performing and Visual Arts in 1996 and 2002, respectively.

At present, she is completing her PhD in Church Music from the Southwestern Baptist Theological Seminary in Fort Worth, Texas, U.S.A. Since 2019, she has been a member of The Hymn Society of the United States and Canada.

Meanwhile, Fabe is currently working at an international school in Thailand and serves as a volunteer in the music ministry at the Evangelical Church of Bangkok. Before moving to Thailand in 2009, he had been involved in the teaching ministry at the Philippine Baptist Theological Seminary in Baguio City.